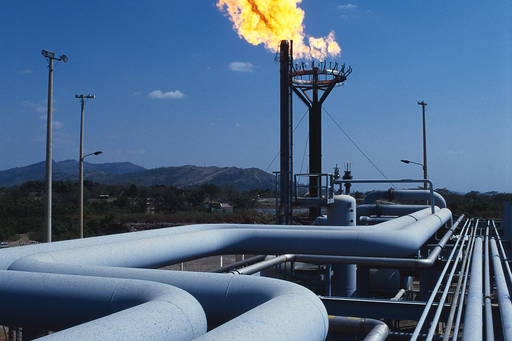 The Department of Petroleum Resources (DPR) has commenced the evaluation of Statement of Qualification (SOQ) of over 254 companies who had showed interest in Nigerian Gas Flare Commercialisation Programme (NGFCP).

The Director of DPR, Mordecai Baba Ladan, represented by Mr Olusanya Bajomo, the Deputy Director, Gas Monitoring and Regulation, said at the opening ceremony of the pre-qualification exercise in Lagos on Monday that committees including the Proposal Evaluation Committee (PEC), International Observer Group (IOG), representatives of the Nigerian Extractive Industry Transparency Initiative (NEITI), NNPC, DPR and Ministry of Petroleum Resources (MPR) were set up to evaluate those companies that had indicated interest to participate in gas flare commecialisation which was instituted by the former Minister of Petroleum Rersources, Dr Ibe Kachikwu.

Bajomo said about 850 companies earlier showed interest when the advert was placed but later dropped when a fee of 1,000 dollars (N360,000) was attached to the application form and other processing documentation to know those who are serious.

He said the DPR has currently identified about 178 flare gas points across the oil producing states, adding that this is part of President Muhammadu Buhari and former minister of State for Petroleum Resources agenda to achieve zero gas flare in Nigeria by 2020.

He said: “Today, we are commencing the evaluation of statement of qualifications for the Nigerian Gas Flare Commercialisation Programme. Recall that advertisement was placed for interested parties who are willing to come to take the flared gas on behalf of the government.

“We are going to open the documents to ascertain those companies that have  showed interest and submitted their statement of qualification in response to the advert placed in 2018. After the evaluation, the successful companies will move to the next stage.

“The Nigerian Gas Commercialisation Programme, which is government’s flagship programme that will create opportunity to take flared gas under the provision of Petroleum Act, also authorized gas commercialization through third party companies in order to promote investment and get people who are qualified technically, have the capability  and  experience to work in Niger Delta to harness gas flare to market.

“So, we are currently doing preliminary evaluation process that will see companies that qualify to the next stage,” he said.

Corroborating Bajomo, Mr Oluwole Ogunsola, the Deputy Manager, Gas Production and Monitoring Unit, said: “Federal Government through the DPR and other stakeholders are interested in incredible companies with technical capacity and financial capability to be able to take flare gas to market and that is why the net is wide at this time.

“There is no constraint to the number of firms that should undertake the programme. But ultimately, you find out that as you go along, some will drop by the side, it’s like a funnel, it would go narrower until we get to the key companies that will be able to take the flared gas to market. So, government is not constraining it so that will get the best out of the process.

“The provision of the law on paragraph 35B of the Petroleum Act, First Schedule, stipulated that government has the right on the flared gas, so government has invoked that right by means of deregulation of the flared gas and Prevention of Waste and Pollution Regulation of 2018, signed by Mr President and minister of State, Petroleum Resources, which came into effect July 2018

“However, the programme was to make the operators to be able to make this work, so there are mechanism, well designed to protect the operators, such that if the guarantee a certain volume to third party offtaker, they can even get some fees in term of connection agreement and be saved from penalty of flaring.

Ogunsola said: We are designing a programme that will intensify the scheme. First, the regulation has increased the flared penalty, if you are producing 4,500 barrel on OML you pay 50 cent on flare, if you are doing over 10,000 barrel you pay 2 dollars, that’s already incentive to them to make it happen.

In his remarks, the chairman of the evaluation committee, Mr Rabiu Sulaiman, Director, Gas, Ministry of Petroleum Resources, commended DPR initiative towards the high level of transparency that was exhibited in the process.

Sulaimon urged other committee members to abide with the rules and regulation of the exercise, adding that this is tinted towards government’s aspiration in abolishing gas flare in the country.

“I implore everybody in this committee to exhibit high level of seriousness and commitment in the exercise. We are not here to disqualify anybody but to evaluate those companies that merited the biding.

“This exercise will be rigorous but it’s going to pay off at the end because this will guarantee job creation, engagement in the oil producing states,” he said.