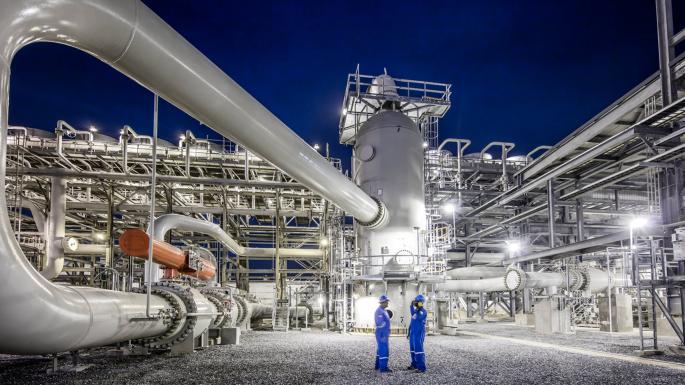 In today’s world, natural gas is being described as the ‘new oil’. This is owing to its huge potential and benefit to the economy of nations and its ability to impact and transform society better than oil, which is fast phasing out.
Nigeria is endowed with abundant gas resources far more than with oil.

Also, Nigeria produces an average of 8.06 billion standard cubic feet per day (BSCFD). 41 per cent of this production goes to the export market (LNG and WAGP), 17 per cent goes to the domestic market, whereas 31 per cent is used for oil field operations including gas re-injection, and the balance 11 per cent is flared. Nigeria has the largest gas deposits in Africa, making it the leader on the continent and the ninth globally.

Thus, gas has the potential to catalyse industrial growth and development in addition to its role as a key revenue earner to government.
However, despite having the highest gas reserves in Africa, only about 25 per cent of those reserves is produced or under-developed.

Owing to this, the federal government has made it a priority to unlock and harness the potential of the nation’s gas resources to increase domestic and industrial power supply, raise living standards and support sustainable economic growth and diversification.
Government’s target was to ensure adequate gas supply to generate up to 15,000 megawatts of electricity to the power sector by 2020; stimulate gas-based industrialisation by positioning Nigeria as African’s regional hub for gas-based industries such as fertilizer; petrochemicals; methanol and gas export to high value and strategic foreign markets.

Prior to this time, lack of adequate physical, legislative and commercial structures for gas has affected the development of the sector since the commencement of oil and gas production in 1958.

Today, however, government is deliberate in the formulation and implementation of gas-centric policies and programmes.
To this end, the National Gas Policy (NGP) was approved by the Federal Executive Council (FEC) in 2017, aimed at ensuring the development of the gas sector to drive gas-based industrialisation in Nigeria.

Arising from the above, DPR, being the government department that drives the implementation of government policies and programmes in the oil and gas sector, is pursing some focus areas to drive growth of the sector. Such areas include: Driving Reserves Growth, Enhancing Domestic Gas Supply, Championing High Value Gas Export, as well as Leading the Gas Flares-out.

However, the department up to the leadership of its acting Director, Mr. Ahmad Shakur, has been at the forefront of driving the implementation of three key government programmes for sectoral development, including the Nigeria Gas Transport Network Code (NGTNC), Nigeria Gas Flare Commercialisation Programme (NGFCP), and the Domestic LPG Penetration.

At the 2019 annual DPR workshop for energy correspondents in Lagos, the agency in a presentation on, “Nigeria Gas Sector Status, Opportunities, Challenges and Look Ahead,” explained that the NGTNC, which is simply referred to as Network Code, is a set of rules that guide the use of the gas transportation system in Nigeria.

The presenter and staff at the Gas Monitoring and Regulation division of the DPR, Mr. Wole Ogunsola, said the Code essentially governs the operations of all the network players including Suppliers, Transporters, Shippers and Agents.

According to him, the Code which is patterned after the United Kingdom’s Uniform Code (UNC), shall entrench transparency in the gas industry; fair & non-discriminatory access to the gas network; promote gas trading and deepen domestic gas penetration in-country; promote investments in the gas sector; entrench specialisation and professionalism in gas business; development of the gas industry; and boosting revenue generation for the country.

Furthermore, Ogunsola added that the agency was finalising the code, adding that it would be launched either in the fourth quarter of 2019 or first quarter of 2020.

He explained that the, “aim is to stimulate private sector participation in building pipelines.”
Also worried by the extent at which gas is being flared during oil exploration by oil operators, the government launched an aggressive policy code-named ‘Nigerian Gas Flare Commercialisation Programme (NGFCP).

The NGFCP equally being driven by the DPR is designed for the federal government to award flare sites to competent third-party companies with proven technical capacity and financial capability to take flare gas to market through competitive bid round process.

The gas flares-out scheme is the first market-driven programme undertaken on a large scale globally and unique in its potential to attract major investments in economically viable gas flare capture projects whilst addressing a 60-year environmental problem in Nigeria.

Notably, a lot of progress is being record in the effort to end gas flaring and NGFCP is currently underway as interested parties have submitted their Statement of Qualification (SOQ) earlier in the year. Following a rigorous evaluation exercise conducted in line with established guidelines, qualified applicants have been notified of their ‘PASS’ status through the DPR website and NGFCP Portal, in readiness for the next stage of the Programme, which is Request for Proposal (RfP) Phase.

An expert in natural gas utilisation and Chief Executive Officer, ETEFA GmbH, who is an independent Austrian green tech company, Mr. Johann Rieger, said if all of Nigeria’s gas flare was captured and processed, it could double Nigeria’s power generation capacity, while significantly improving the quality of the air –lower carbon & particulate emissions.

“In other words, recovery and utilisation of flare gas will contribute positively to the Nigerian economy by bringing down fuel and energy costs – which will have a trickle-down effect on food prices, transportation costs and ultimately rein in inflation. And the good news is that with the available gas reserves, it is still not too late,” Rieger added.

The development of the gas sector which had hitherto been hampered by the absence of robust legislative, physical and commercial structures for gas and the mono-product nature of economy are, however, being addressed in a holistic manner via government policies and programmes including the NGP, NGTNC, NGFCP, amongst others.

Nigeria is working to leverage its abundant gas potentials to increase the national revenue for sustainable development and the DPR is committed to ensure the realization of these objectives through the full implementation of all applicable policies and programmes.