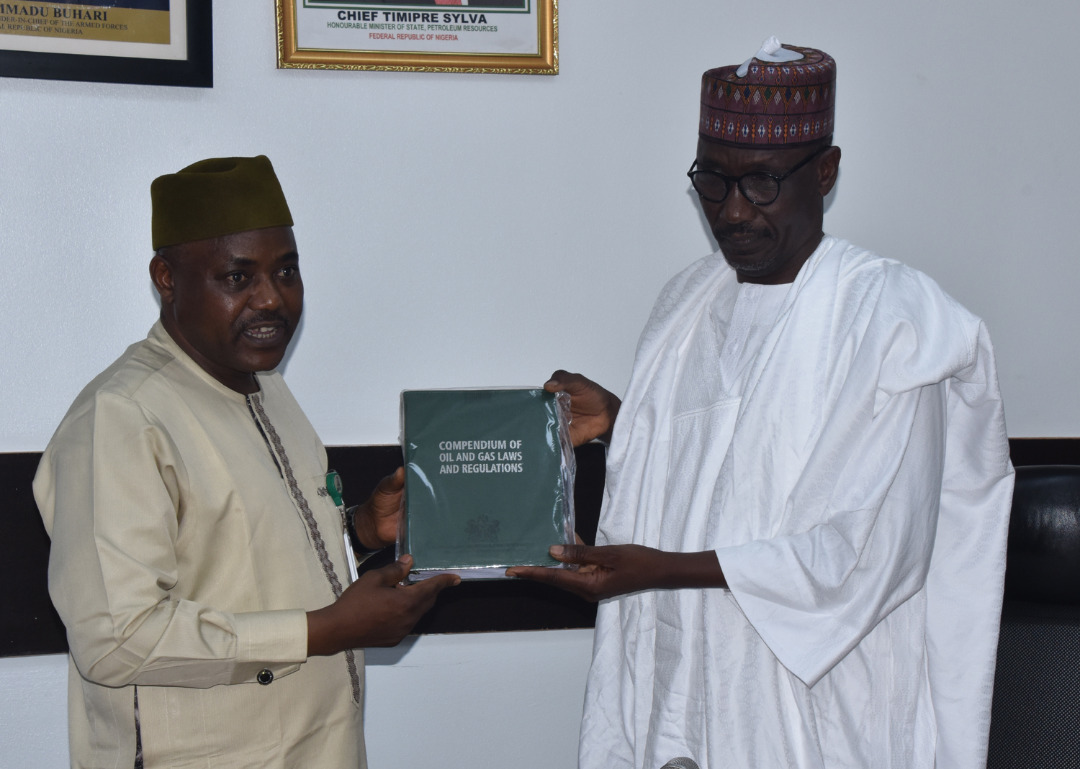 Speaking when he received the Group Managing Director of the Nigerian National Petroleum Corporation (NNPC), Mallam Mele Kyari and top management team of the corporation in his office, Auwalu disclosed that the possibility of getting 14 billion barrels out of the 18 billion barrels in the works remains very high.

Auwalu disclosed that in addition to the recent increase of Nigeria’s gas reserves to 206 TCF, the DPR’s field analysis has shown that the possibility of proving the new oil and gas finds was becoming higher and gradually moving from P3 to P2.

In addition, Possible (P3) reserve is an estimate of recoverable volume with a chance equal to or above 10 per cent and less than 50 per cent of being economically and technically feasible to extract.

“Let me take this opportunity to inform the GMD and the entire top management of the NNPC that as of last year we were able to increase the proven gas reserve to 206 TCF. This year, we have looked at the reserves of gas and those reserves are in P3 and migrating to P2.

“We realised that over 68 TCF are in P3 and 75 per cent of it exists in P2 area, which is the production area. So there are several possibilities that this volume will be proven and we can increase and hit the 230 TCF before 2030.

However, he insisted that the nation’s reserves production ratio was still not enough and expressed the hope that with the recent profit declared by the NNPC, it would open the floodgates for investors to come into Nigeria and put their monies in the industry.

He commended the GMD for making first profit in 44 years of the corporation’s existence, the commencement of the Train 7 gas project, the OB3 project, the Ajaokuta-Kaduna-Kano (AKK) project, spearheading of the Petroleum Industry Act (PIA) as well as many other endeavours.

“The GMD within the time he took over NNPC has created a lot of landmarks and a lot of things which history will not only put them on stone but will never forget it.

“I can also say, with ultimate commitment, today, the whole world, after 44 years of our great NNPC it is in the first year that not only is it trying to recover but profit is declared.

“We are so proud of it and we put our head very high in the committee of nations that our biggest corporation in Nigeria is no longer the way it was being seen, because of the man that came to say it is not business as usual but business unusual.

“And the GMD is here, the man sitting down here do things that are about to eliminate poverty in this nation,” he added.

Auwalu stated that the “Decade of Gas” was also a signature project of the GMD as well as his decision to join the Extractive Industries Transparency Initiative (EITI) to ensure openness in the national oil company.

He stated that the licences and permits as well as approvals issued by the department were in recognition of the fact that there was need to grow the oil and gas industry in the country and ensure more volumes are available for drilling.

He explained that in doing its job, the DPR had been getting a lot of support from the NNPC, whether in its efforts to boost the reservoir, exploration or production efforts.

In his comments, Kyari who hailed the DPR for its innovative solutions to industry challenges, said the fate of the oil and gas industry and by implication the prosperity of the nation rests on the shoulders of both the NNPC and the DPR.

He noted that the two organisations would not give excuses for non-performance, to Nigerians because the country deserves to get results.

Kyari stated that gas remains the future of energy, explaining that the DPR rather than being a mere police of the industry has become a business enabler.

On the rising prices of cooking gas, Kyari stated that the major challenge was that demand far outstrips supply, thereby creating distortions.

“Supply and demand is everything. Today, this country is struggling with supply of gas. We are having difficulty filling our network across the country with gas. Everyday, it is trouble to deliver gas. That means that once your supply is weak, it will affect prices.

“Same thing with LPG. The supply mechanism is very weak. That’s why we are collaborating extensively to extract value from our gas resources and make it available to the market.

“Once supply becomes high, you will definitely know that prices will be captured by the development. Gas is an internationally priced commodity. Despite this , supply and demand affect pricing. What we are doing collectively with the DPR and other agencies of government is to ensure that we deliver more gas into the domestic market,” he explained.

He noted that the idea was to take gas very close to Nigerian homes and expand the gas network like what obtains in developed countries where gas cylinders are no longer needed.