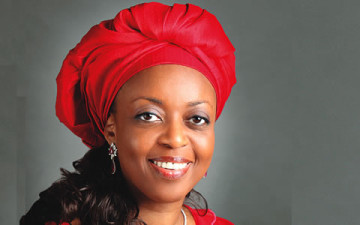 The Honourable Minister for Petroleum Resources and leader of the country’s delegation to the ongoing 166th General Meeting of the Organization of Petroleum Exporting Countries (OPEC) Mrs. Diezani Alison-Madueke has been elected president of the international body.

By this development, she becomes the first woman to be appointed to that office, and will lead the organization for the next one year. Until her appointment, Mrs. Alison-Madueke served as OPEC’s alternate president to Libyan Vice-Prime Minister for Corporations, Abdourahman Atahar Al-Ahirish, and her predecessor in office.

This is obviously a very proud moment for Nigeria and also a vindication of the Honourable Minister’s sterling qualities in leadership and administration as evident in the steering role she has played both here at home and in the international arena.

In electing her into the office, the OPEC Congress is hopeful that she would bring her sterling qualities to bear in the office especially as the organization grapples with the recent fluctuating oil prices.

The Department joins the nation in wishing her a very successful tenure.