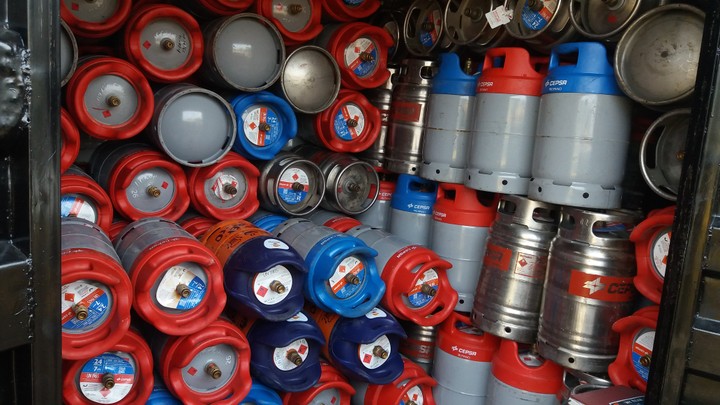 The Department of Petroleum Resources and the Nigeria Union of Petroleum and Natural Gas Workers have resolved to flush out all unregistered dealers of liquefied petroleum gas, popularly called cooking gas, after two months of grace.

According to both organisations, dealers of LPG should within this period endeavour to register their businesses with DPR in order to end the unwholesome activities of quacks in the sector.

Speaking on the sidelines of the DPR 2019 Annual General Stakeholders’ Meeting in Abuja on Thursday, the agency’s Zonal Operations Controller, Abuja, Abubakar Buba, said the removal of unregistered LPG dealers from streets would be nationwide.

“And for those who fail to come, they themselves agreed with us that after the two months, the union, civil defence and DPR will jointly flush them (defaulters) out completely.”

On whether the resolution to flush out unregistered LPG dealers was solely for operators in Abuja and neighbouring states, Buba replied, “No, it is all over the country.

“Right now we are handling that of Abuja and its environs and we have agreed with the union that this is the way to go. We have told them to talk to their members on the danger of not registering and opening LPG shops anywhere they find space.

“They agreed with us that they will talk to their members to register and when they come, we will look at the issues very objectively. We will not give them site suitability anywhere, rather it must be a site suitable for LPG retail.”

The Principal Organising Secretary, NUPENG, Alexander Stephen, confirmed that the union had reached an agreement with DPR to flush out quacks who deal in the retailing of LPG.

He was, however, quick to state that the union requested for three months, while the DPR insisted on two months.

Stephen said, “Our suggestion was that they should give us three months to do that but DPR is insisting that two months should be enough for us to achieve it.

“However, the bottom-line is that we want to start first. Wherever we get to in two or three months, at least we will be able to assess it and take it further from there.”

On how the union intends to sanitise the sector, Stephen said NUPENG had introduced identification cards as a means of identifying its members.