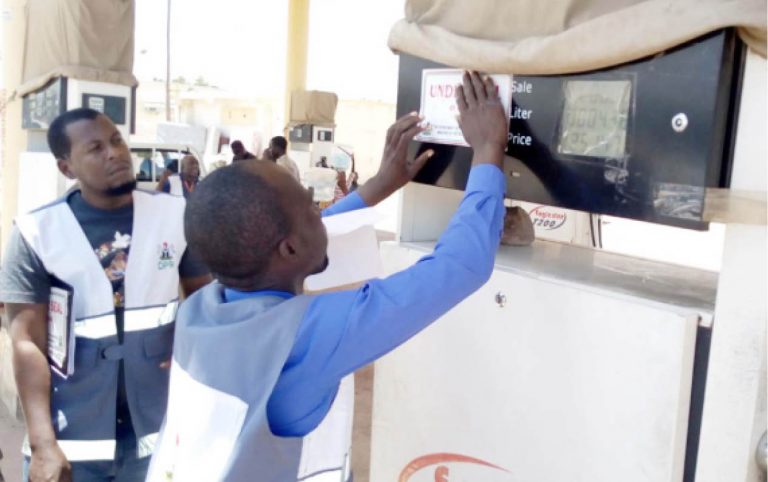 Other offences he listed include non-conformity to standard operations, construction and operation without DPR licence, and installation of facilities without approval.

Tafida revealed that the agency inspected no fewer than 768 petrol stations and 38 gas stations within the last quarter of 2019.

He explained that the aim was to ensure compliance and to also make sure residents were not short-changed by unscrupulous marketers, especially during festive period. The zonal operations controller who led other officials on the inspection tour said the DPR has intensified its operations within the state, in furtherance of its constitutional responsibilities.

He added that 38 LPG plants and 50 retailers were licensed in an effort to discourage desert encroachment and felling of trees, as well as reducing the associated risk of decanting LPG by unlicensed retailers.

Tafida insisted that the operation of illegal gas plants without licence and under unsafe condition was illegal and would not be allowed. “The Department was able to achieve this through intensified monitoring activities and constant contact and synergy with all the stakeholders in the downstream sector within the zone. “Also, 4LGP plants were sealed for installing and upgrade without approval, contravening safety regulations and non-conformity to standard operating Procedure,“ he said.

He said the agency had intercepted large consignment of adulterated AGO destined for consumption on various occasions saying, “These products were quarantined and re-blended to meet standard specification before being allowed to be sold to the public.” Tafida said the agency has ensured availability of unadulterated petroleum products in the zone throughout the festive period in compliance with its mandate and according to the Federal Government directives.

“The DPR Kaduna zonal office has licensed 38 plants and 50 retailers to avert dangers and risk associated with decanting LPG by unlicensed retailers,” he added. He appealed to users to patronize licensed gas facilities to safeguard lives and property and warned operators to desist from engaging in sharp practices such as hoarding, diversion of products across the border, selling above the approved pump price and other acts to short change consumers.