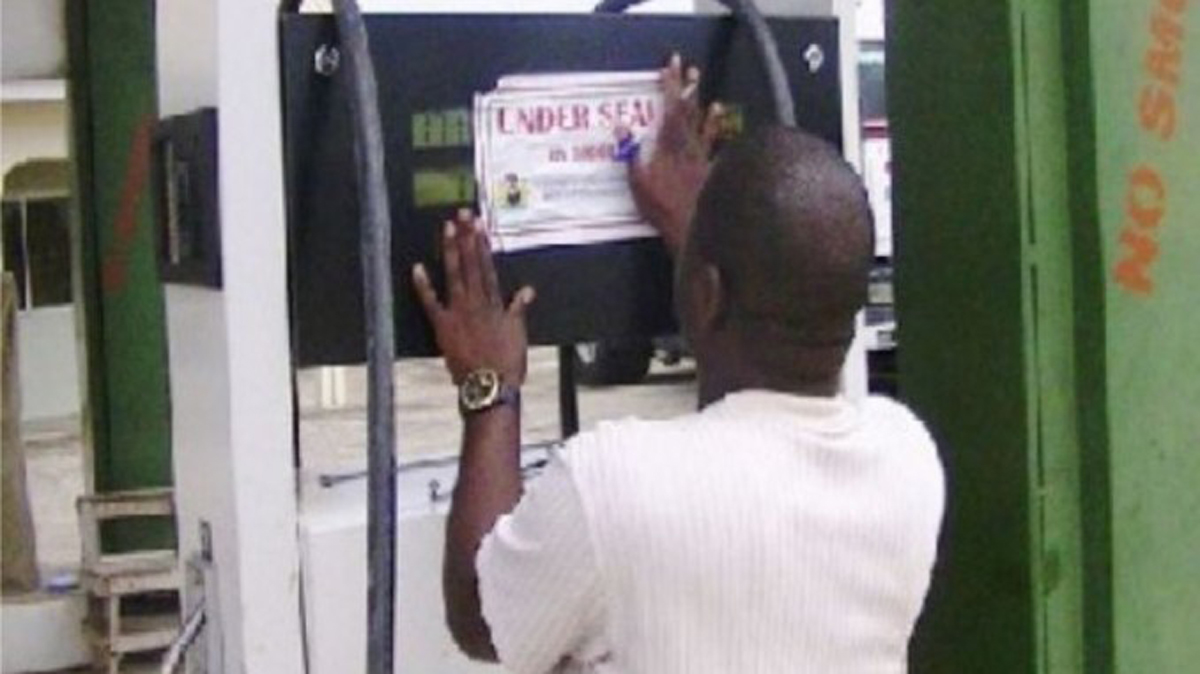 The Department of Petroleum Resources (DPR) in Bayelsa says it has sealed ten petrol stations and an illegal liquefied petroleum gas (LPG) station in Yenagoa for expired licences and lack of basic operational equipment.

The DPR on Wednesday, with a team of its officials, led by Mr Ibinabo Jack, Head of Operations in the state field office, paid unscheduled visit to some retail petrol outlets.

Jack said: “The sealing of filling stations is not new and it’s not going to be a one-off thing rather, it will be a continuous exercise. We caught some of them dispensing to customers below the variation.

“For instance, a station that is selling at point 41CL of every 10 litres is short-changing the public.

“In other words, where they ought to get 10 litres, they are given maybe six or seven litres. This is not fair,” he said.

The DPR chief said that the stations that were placed under seal had committed so many irregularities, which were punishable, adding that while some were under dispensing, others did not have fire extinguishers.

According to him, some did not even have sand buckets and these are things needed for their safety and that of their facilities as well as their customers.

“The penalties depend on their offences. When they report at DPR’s office, appropriate penalties will be spelt out to each of them.

“The DPR is a regulatory body and there are regulations binding the operations of retail outlets which need to be maintained by the operators.

“The new policy now, is that no gas station should be inside a fueling station, it is wrong; So, the Federal Government is against it,” he said.

He said the Federal Government has urged those in the gas business to look for an alternative by removing the retail outlet to another place that will be more secured.

Jack urged those sealed to always adhere to the rules and regulations of DPR in the interest of the general public.