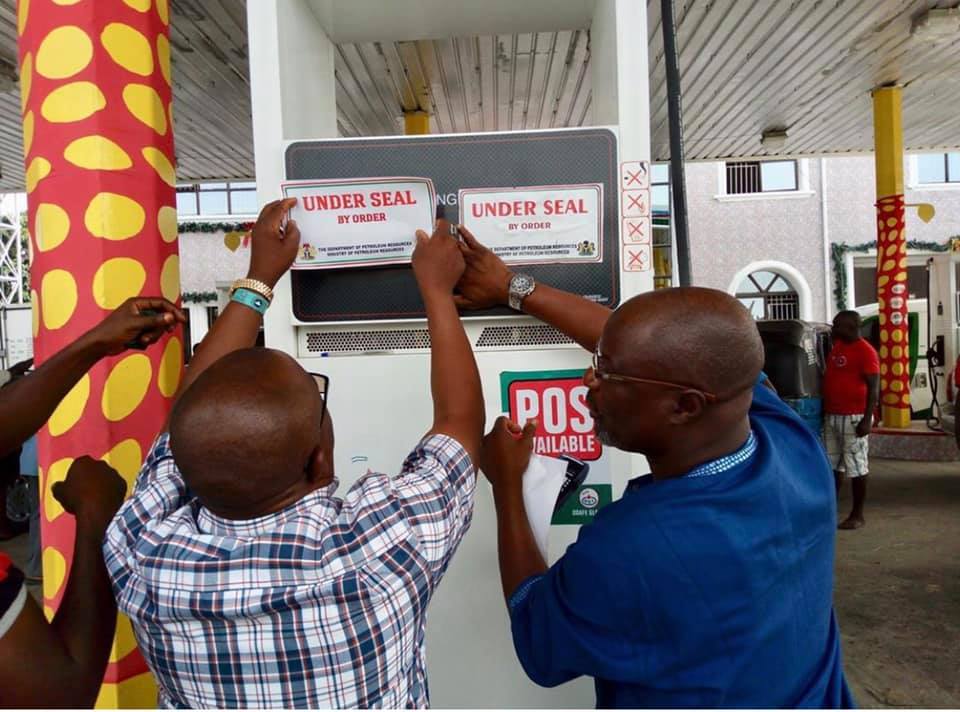 The authorities of the department of petroleum resources, DPR has sealed off 15 retail gas outlets for illegal dealings.

The operators of the outlets were subsequently arrested and handed over to men of the Nigerian Security and Civil Defence who were part of the special committee set up to go round the Lokoja metropolis on Thursday.

Speaking during the raid, the Chief operating officer, Idris Mohammed said that the raid became necessary in view of the proliferation of retail outlets sited in a residential area in violation of the safety rules laid down by the DPR.

He said that the affected outlets have refused to heed to the repeated calls on them to approach DPR to obtain necessary guidelines for operating retail outlets.

Mohammed described citing retail outlets in a residential area as a time bomb which can explode at any time if not urgently addressed.

“We have repeatedly called the affected retailers to visit us to obtain necessary information and guidelines on what they need to do to qualify them to operate gas retail outlets but they have refused, we also have some cases of those outlets we have sealed off before but now operating in violation of the rules”.

The Chief operating officer said that the affected retailers have been handed over to the NSCDC for profiling and prosecution after investigation.