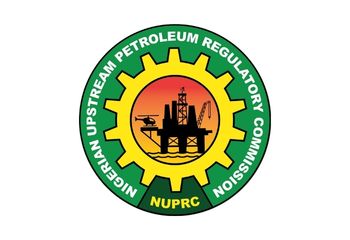 The federal government is targeting to add 800,000 barrels to Nigeria’s daily oil production from some important upstream projects being executed by Shell, TotalEnergies, and other oil companies, which had stalled due to funding and other reasons. Chief Executive Officer, Nigerian Upstream Petroleum Regulatory Commission (NUPRC), Gbenga Komolafe, disclosed this in Abuja at the 2022 Oloibiri Lecture Series and Energy Forum (OLEF) organised by the Society of Petroleum Engineers (SPE) Nigeria.

Represented at the occasion by his Special Technical Adviser, Mr. Abel Nsa, Komolafe listed some of the projects government was relying on to boost production to include TotalEnergies’ Preowei project, Shell’s Bonga South-west Aparo, and Bonga North projects, as well as other projects being executed by other companies.

He stated, “Some of these projects, including the Preowei project, the Bonga South West Aparo project, the Bonga North project, and a host of others, when completed, all have the combined capacity to add upwards of 800,000 BOPD to Nigeria’s production figures.”

Preowei is a deep-water hydrocarbon pool located north of the Egina field in the Oil Mining Lease (OML) 130, off Nigeria. Discovered in 2003, Preowei has a subsea tank with over 150 million barrels of oil and gas equivalent and is expected to pump about 50,000 barrels of oil per day at peak.
The field development plan entails a subsea tie back to the Egina field Floating Production, Storage and Offloading (FPSO) facility

Final Investment Decision (FID) on Preowei was fixed for fourth quarter of 2020, but was stalled following the suspension of the project same year by TotalEnergies due to COVID-19 constraints, concerns around new fiscal provisions in Nigeria’s oil sector, as well as the collapse of oil prices at the time.

Shell’s Bonga South West FPSO, with the capacity to pump 150,000 barrels per day, is another project government is relying on to boost daily oil production by 800,000 barrels. Bonga South-west was planned to add around one billion barrels to Nigeria’s oil reserves.

However, in February, the contract for the development of the FPSO unit for Bonga South-west was delayed, as the tendering process was put on hold till 2024.

Bonga, Nigeria’s first deep-water oil field, currently has the capacity to produce 225,000 b/d of crude oil and 150 MMcf/d of gas, which feeds the Nigeria Liquefied Natural Gas (NLNG) plant at Bonny.
Shell had previously said it would develop the Bonga South-west project across three phases with a total potential yield of 3.2 billion barrels.

Developing the Bonga South-west would cost $10 billion, according to estimates by NNPC, the concessionaire of the field.

The bulk of Bonga South-west’s resources are located in OML 118, but it also extends into OMLs 132 and 140, operated by US major Chevron, where it is called Aparo. Other partners in the project are France’s TotalEnergies and Italy’s Eni.

Nigeria has been grossly underperforming in oil production, with Africa’s largest oil producer failing to meet its production quota by the Organisation of Petroleum Exporting Countries (OPEC) for many months running.
Despite the country’s 37 billion oil reserve, its production hovered abysmally low at 1.5 million per day, against the country’s normal 2.2 million bpd capacity.

The poor production performance had been blamed on multiplicity of factors, including massive oil theft, non-starting of oil platforms, underinvestment, and divestment by the international oil companies (IOCs).

Komolafe noted that with the commission now empowered by the Petroleum Industry Act (PIA), the government could embark on the projects. To meet the increasing global energy demand, he said the federal government was set to embark on further exploration, adding that government also plans to embark on development drilling in its bid to optimise reservoir extraction.

Meanwhile, the Organisation of Petroleum Exporting Countries (OPEC) and its allies, OPEC+, failed to achieve their target crude oil production, despite the modest volume it was scheduled to release in March, THISDAY has learnt.
The oil producers’ group only succeeded in adding 90,000 barrels per day of its planned additional 400,000 barrels per day, with only Saudi Arabia, and its neighbour, the United Arab Emirates, significantly increasing production during the month.

Many other member nations, such as Nigeria, pumped well below quota mainly due to declining investment and operational disruptions, which had eroded their capacity for some time.
OPEC had consistently rejected requests for an increase in production, even as the Russian invasion of Ukraine shook markets and boosted prices to $139 per barrel a few weeks ago. The group insisted that it will stick to the regime of careful increases in supply agreed last year.

Although the cartel’s operations data for each month, popularly called the Monthly Oil Market Report (MOMR), had yet to be released for April, covering activities for March, a secondary survey by Bloomberg revealed that the 13 members of OPEC produced an average of 28.6 million barrels per day during the month.

The figures are based on ship tracking data, information from officials and estimates from consultants, such as Rystad Energy AS and JBC Energy GmbH, which represent sources, other than those directly released by OPEC.
After its meeting last week, the cartel raised Nigeria’s production quota from April’s 1.735 million barrels per day to 1.753 million barrels per day in May, even though the country has been struggling to meet lower production allocations.

The country has been constrained in meeting its OPEC quota for months, and as at the last production circle had as much as 300,000 barrels per day deficit, mainly due to theft, ageing upstream infrastructure, and sabotage, as well as technical reasons.

Despite the over 1.7 million barrels per day output allowed by the oil producers, the country had managed to increase production to about 1.4 million bpd, the highest in recent times, going by the latest OPEC review.
For Nigeria, while production challenges remain, the country’s rig count was up by two in February, pushing it to eight from the initial six.

After piling pressure on the cartel to increase supply for months without success, the United States and its allies have also decided to release at least 1 million barrels per day into the market to tame rising prices.

The Sanusi Barkindo-led group has, however, objected to the request to pump more oil, insisting that markets are not yet experiencing shortages and there is a balance between demand and supply at the moment.
According to the group, whatever is happening in the market, like the Russia-Ukraine war, are extraneous to its activities.

Meanwhile, oil posted its biggest weekly loss in more than 10 years after the Joe Biden administration ordered an unprecedented release of US strategic reserves to tame rampaging prices.
West Texas Intermediate dropped one per cent early Saturday and over $14 this week, the most since 2011 as the US plans to release 1 million barrels a day for six months.

Members of the International Energy Agency (IEA) also agreed to release another round of crude stockpiles, with volumes to be decided later, although the US expects them to release an additional 30 million to 50 million barrels.
Biden’s decision follows rocketing gasoline prices in America and concerns about supply shortages following Russia’s invasion of Ukraine. The war has roiled global commodity markets and driven up the price of everything from fuels to food.

It has also led to tumultuous trading in oil, with massive intraday swings throughout March. WTI for May delivery fell $1.01 to settle at $99.27 a barrel while Brent for June settlement fell 32 cents to settle at $104.39 a barrel.
The U.S. already tapped its reserves twice in the past six months, but that has done little to cool prices.

The Biden administration’s giant oil release contrasts sharply with OPEC+, which on Thursday ratified a planned, modest production increase of about 430,000 barrels a day.

Contributing to the week’s slide, also, were concerns about Chinese demand as the world’s biggest oil importer implements a series of lockdowns to curb a resurgence of COVID-19.
Added to that, in spite of pressure from the European Union (EU) for Nigeria to ramp up its gas production, it has been unable to do so, as it neither has the funding nor the infrastructure. Russia produces up to 40 per cent of Europe’s total gas consumption.