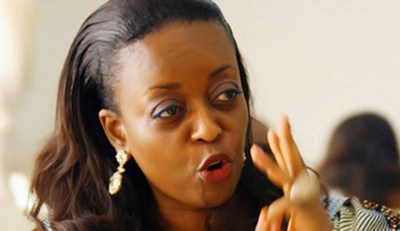 …Carries out on the spot checks of filling stations nationwide

The Director of Petroleum Resources, Mr. George Osahon, adduced non-renewal of the contracts of some independent marketers to import PMS as a reason for the recent spate of fuel scarcity in the country. This position was adduced at the recent 2014 budget defense exercise in the National Assembly.
The Director who was represented by the Zonal Operations Controller of Abuja, Mr. Aliyu Halidu, stated that petroleum products marketers had often complained about the slim margins of the current pump price for PMS regulated at N97.00 per litre, after factoring landing, transportation and other operational costs.

He also attributed the current shortage in fuel supply to illegal bunkering activities in the country and urged the lawmakers to expedite action on legalizing bunkering, in addition to facilitating other laws that could help in eliminating illegal bunkering of fuel from our waterways.

DPR informed the National Assembly it had also forwarded a proposal to the office of the National Security Adviser (NSA) on a new legal instrument to curtail illegal bunkering, and had been assured of the NSA support to terminate illegal fuel bunkering in Nigeria.

In a related development, the Department has been conducting physical checks on petrol filling stations nationwide to ascertain availability of products and check incidents of hoarding, diversion and sharp practices by dealers.

Operations Controller, Lagos Zone, Mr. Gbenga Koku visited a total of 151 filling stations with the monitoring teams in the wake of the fuel scarcity and ascribed low supply, rather than hoarding, as the reason for the shortages. Of the 151 filling stations visited, 97 were selling to customers at the approved pump price while 49 stations were out of stock. Five (5) stocked outlets found to have deliberately refused to sell the products to the public were sealed off.

Mr. Koku reiterated that DPR would take necessary steps to always ensure products are dispensed to the public at the approved pump price.