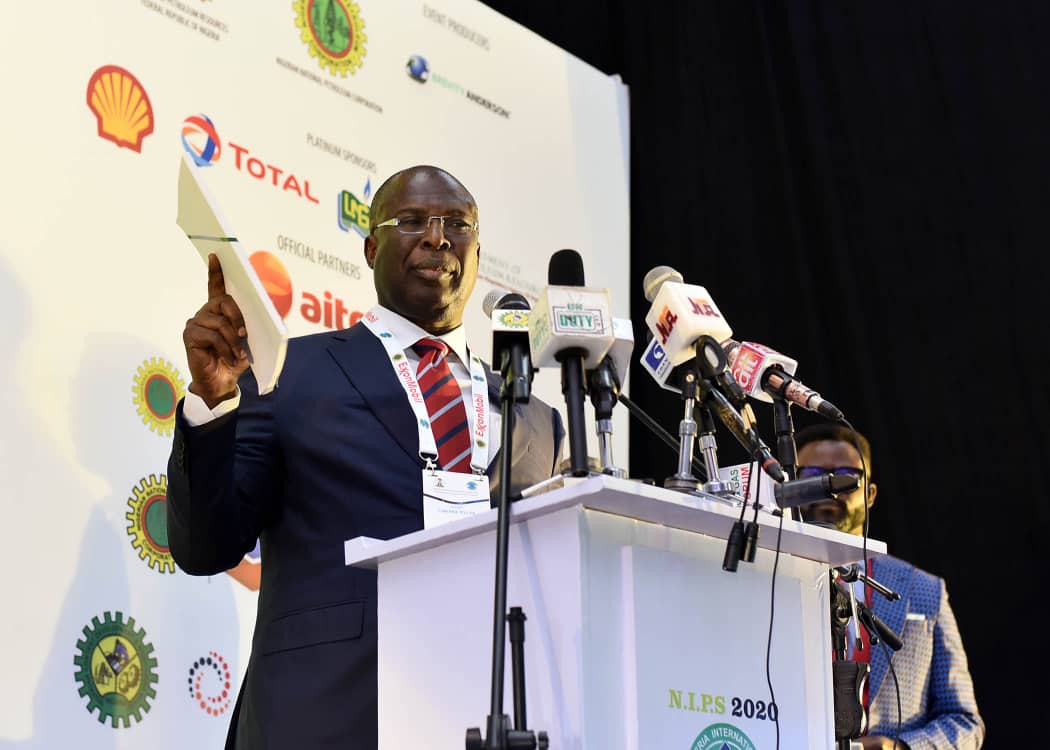 The struggling gas market in Nigeria has come under the spotlight as the newly launched network code kicked in this week, ’FEMI ASU writes

The NGTNC is a set of rules that guides the use of the gas transportation system in Nigeria and governs the operations of all the network players including suppliers, transporters, shippers and agents, according to the DPR.

The Minister of State for Petroleum Resources, Chief Timipre Sylva, said at its launch that effective February 10, 2020, the code would apply to all gas transportation arrangements between the gas transporter and the gas shipper as defined in the code.

Sylva said the transporter and all existing users of the transportation network should within six months of the date of the directive, migrate from existing Gas Transportation Agreements to the network code by executing the necessary ancillary agreements.

While there is gas supply shortage in the domestic market, the major share of the natural gas produced in the country is exported by the Nigeria LNG Limited, a joint venture incorporated in 1989 to produce Liquefied Natural Gas and natural gas liquids for export.

The minister said the code would provide open and competitive access to gas transportation infrastructure and development of the gas sector, in line with government’s policy to reinforce and expand gas supply and stimulate demand through the National Gas Expansion Programme.

“Also, the code will stimulate the domestic gas market, drive gas-based industrialisation and the realisation of the government’s aspiration to move 100 million Nigerians out of poverty,” he added.

According to the DPR, the NGTNC is a contractual framework between the network operator and network users, serving as an important negotiation component of the gas business and transactions in the Nigerian domestic gas market.

The Director, DPR, Mr Sarki Auwalu, said the code would ensure fair and non-discriminatory open access to the gas transmission network systems in order to promote competitiveness and drive economic growth in line with the goals of the Nigerian Gas Master Plan and the National Gas Policy.

He described the launch of the code as historic, saying, “It creates the opportunity for gas to reach all Nigerians. With this code, we are taking gas to people.

Auwalu added, “It is a game-changing solution for Nigeria. Only less than 30 per cent of Nigerians have access to Liquefied Petroleum Gas that they use to have clean fuel in their homes.”

He said the code would govern the use of the Escravos-Lagos Pipeline System, Oben-Ajaokuta networks as well as the Obiafu-Obrikom-Oben and other major trunk lines currently under development.

According to the DPR, the code is patterned after the United Kingdom’s Uniform Code and modelled on a methodology that is established, recognised and practiced globally within matured gas markets.

The regulator said the implementation of the code would entrench transparency in the gas industry, promote gas trading and deepen domestic gas penetration in-country.

“The effective implementation of the network code requires a proper fit into the overarching regulatory framework. Of prime importance also are the principles for pipeline revenue and tariff determination, which is required to underpin continuous and sustainable investment in gas transportation infrastructure needed to support the desired growth of the Nigerian gas industry,” it added.

The International Energy Agency, in its recently released Africa Energy Outlook 2019, noted that Nigeria and Algeria were exporting around half of their gas production to global markets.

“Unlike Algeria, where gas plays a significant role in the energy mix, the penetration of gas in Nigeria is low compared to its population and resources. Nigeria therefore faces the longstanding question of whether it can develop domestic gas demand,” it said.

The EIA said in the report that the outlook for Nigeria’s gas industry was far from bright, adding that rapid production growth after the year 2000 tailed off due in part to regulatory uncertainties and “the country is now struggling to arrest a decline in output.”

“The network code remains a key enabler to the development of the domestic gas sector,” Auwalu said, adding that it would attract investments, enhance capacity, and entrench professionalism in the domestic gas market.

The President of the Nigerian Gas Association, Mrs. Audrey Joe-Ezigbo, expressed the pleasure of her association at the launch of the code, adding that it would help Nigeria become a mature gas market.

“The code will attract more investors into pipeline infrastructure,” said Joe-Ezigbo during a panel session at the Nigeria International Petroleum Summit in Abuja.

The Managing Director, Nigerian Gas Company, Dr Salihu Jamari, said his company had been upgrading its facilities in expectation of the launch of the network code.

“We are making sure that metering is available at every point in the network. The Nigerian Gas Company is very much aware of its role in the implementation of the network code,” he added.

Royal Dutch Shell, in its latest Nigeria Briefing Notes, said unlocking Nigeria’s natural gas potential would require partnerships between the Nigerian government and oil and gas companies “that have the ability to innovate, capacity to deliver major projects, and willingness to take on long-term commitments.”

It said there were several challenges that needed to be overcome in order to successfully develop growth projects for the domestic gas market.

The oil major said one of the challenges “deals with the need to attract investment to further develop infrastructure along the gas value chain, for example, to create a more robust pipeline network to improve reliability and security of supply.”