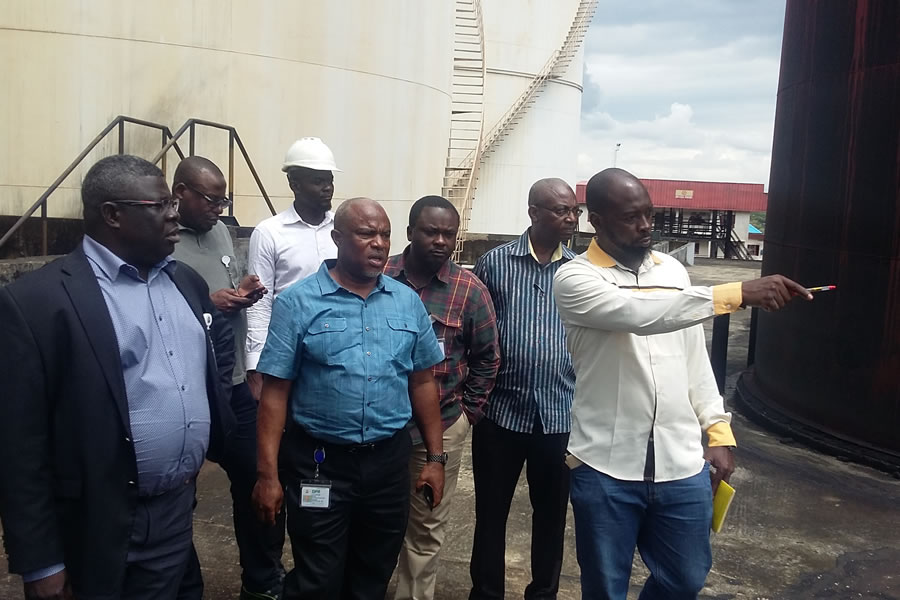 The Director who was accompanied by the Head of the Downstream Division, Mr. Usman Ndanusa and the Manager in charge of Communications, Mr. George Ene-Ita, was taken round the charred facility by the Operations Controller of DPR Calabar field office, Mr. Bassey Nkanga who explained that the initial conclusion of preliminary investigation was that there was an attempt by a yet to be identified staff to steal petrol by releasing one of the valves in the pipeline network while product was being pumped by  vessel.

The resultant release of pressure caused a massive explosion leading to the culprit’s unfortunate death right on the spot. The released fuel subsequently seeped through the outlet and led to the conflagration of the facility and neighboring environment. The resultant loss of property and human lives has led the Director to set up a board of inquiry to investigate the remote and immediate causes of the tragic incident.

Meanwhile, the Linc oil and gas depot has been cordoned off and suspended from any operation pending the conclusion of DPR investigations.