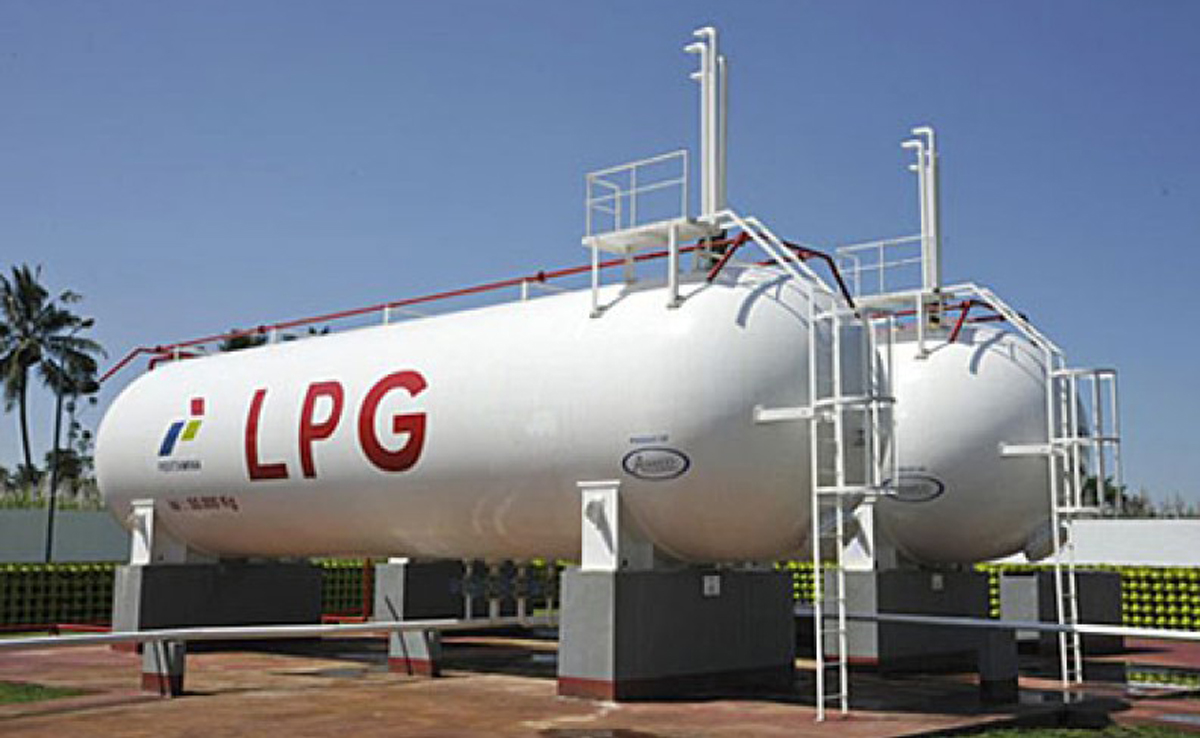 The Department of Petroleum Resources (DPR) and fire service units in some states of the Northeast have introduced measures to ensure safe use of Liquefied Petroleum Gas (LPG) by households.

The measures followed the incidents of gas explosion recorded in some states of the federation, which resulted in loss of lives.

Checks over the week revealed that although no serious incident of gas explosion in Bauchi, Borno, Yobe, Gombe and Adamawa states was recorded, authorities there decided to be proactive on the matter.

In Adamawa, the Field Office of the Department of Petroleum Resources (DPR) said it had commenced enlightenment of operators of LPG plants and retailer outlets on safety tips.

The Operations Controller of Yola Field Office of  the Department, Mr Sadiq Danjuma, made this known in an interview in Yola.

“LPG is something you cannot see with your naked eyes, so you need enlightenment to handle it.

“If you know how to handle LGP, it is safe, cheap and clean source of energy,” Danjuma said.

He also stated that the department would commence a road show to enlighten the public on safe use of LPG.

Danjuma said that the public need to know about the manufacture and expiry date of their cylinders to avoid usage of expired product that could explode.

The controller also said that another measure taken was that only plants and retailers that fulfilled safety measures would be allowed to operate.

He said that plant operators underwent ‘integrity test’, and anyone that operated a plant without approval would be sanctioned and made to pay a fine of N4 million.

Also speaking on safety tips regarding LPG,  the Head of Gas Unit in Yola DPR, Mr Mohammed Laminga, said some of the tips public users needed to know include non-usage of telephone in gas plants, transportation of cylinders in upright position and positioning of cylinders outside or where there was enough ventilation.

In Borno, a state that has been grappling with security challenges for the past 11 years, DPR in the state said it had shut 50 unlicensed LPG retail outlets in Maiduguri.

The Zonal Operations Controller in charge of Northeast, Ibrahim Chiroma, said the action was to enforce compliance with safety standards guiding the operations of LPG retailers, sequel to the gas explosion in Kaduna.

“We closed down about 50 gas retail outlets in Maiduguri over non-compliance to operational standard.

“Some of them were operating in residential areas without licenses, while others operate in crowded areas, which is not acceptable.

“Retailers should have a storage facility and it must be designed with ventilation system where gas cylinder can be neutralized through air circulation,” he said.

Chiroma said that the department was sensitizing retailers on how to handle gas cylinders safely , adding that consumers were also encouraged to replace leaking cylinders.

“LPG plants should be isolated in an area that is not near ignition, workshops, eateries and other activities.

“Fire incidents occur due to lack of adherence to safety and precautionary measures by retailers and users in sale outlets or homes,” he observed.

Chiroma also advised consumers to know the expiry date of their gas cylinders.

Meanwhile, some residents of Gombe State have decried the indiscriminate siting of LPG outlets in residential areas in the state.

Mrs Caroline Uche, a resident, said the proliferation of LPG retail outlets in residential areas was a threat to everyone in her area, adding “ we are living by the grace of God.”

Uche stressed that although the closeness of those outlets made refilling of gas cylinder easier as they needed not to travel far, it had a far-reaching safety implication.

Another resident, Mr Martins Olayinka, stressed that most of the cylinders used by customers were often outdated, and therefore called for more awareness to ensure that people were properly sensitised before acquiring cooking gas.

Baba Musa, another resident, observed that most of the retailers of LPG in the state were not licensed, as such, safety measures were always not their priority.

An LPG retailer who spoke on condition of anonymity, confessed that he was not  licensed or and did not belong to any union, but had been in the business for three years and had not experienced any issue with regard to fire.

Mr Abdullahi Abawa, Head of Operation, Department of Petroleum Resources in Gombe declined to speak when confronted on the matter.

“There were two related cases recorded last year in Potiskum town as a result of gas leakage, not cylinder explosion” he said.

He said the department had engaged in enlightenment campaigns to sensitise LPG vendors and users to be mindful of leakages, authenticity and expiry date.

“Where any cylinder is found faulty, we instructed them to draw the attention of the owner and never to refill such cylinder” Adam said.

In Bauchi, however, no fewer than  41 plant  owners and resellers of LPG are operating in the state, with some of them conducting their affairs in unsafe areas, Alhaji Garba Salihu, Operations Controller in-charge of DPR in the state, he said

“We have recently discovered, during a survey, that some of the plants are being operated in residential areas and areas with high density of human activities, which is not allowed.

“We have requested for a parcel of land from the state government within its industrial area to establish one-stop market for the operators of the product in the state,” he said.

He said one of the measures taken after the Kaduna gas explosion incident was not to allow the transportation and storage of acetylene gas (for wielding), Oxygen (for hospitals) and LPG in the same facility.

“Every plant must have a sponsor (resellers) while dealers in such product will not be allowed to bring in the product from outside the state in trucks and other unauthorised vehicles,” Salihu stressed.

He said that the department had conducted sensitisation for those engaged in either the selling or handling of the product in the state, adding there were plans to also link them with the state fire service to train them on other safety measures.