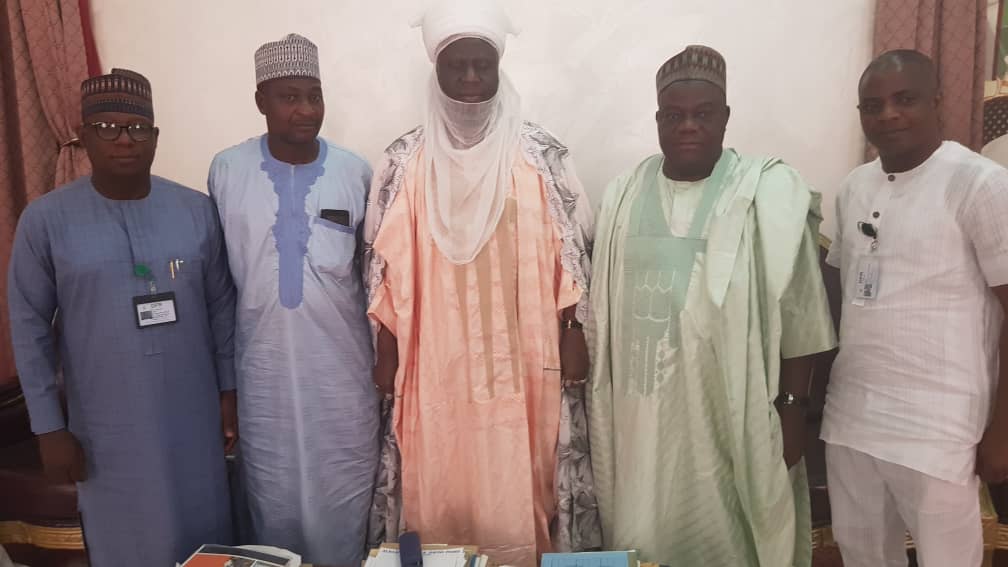 In continuation of the sensitization program for DPR radiometric survey of the bida basin.

The Department of Petroleum Resources, Minna Field office under the auspices of the Operations Controller, Engr. Abdullahi Isa Jankara was at the Palace of the Emir of Minna to intimate him of the Bida Basin Radiometric survey which is starting next week (18.11.2019). The Opscon was escorted by the Head of Operations, Mr. Joshua Madaki, Head Downstream Mr. Ahmed Emimaru and Head of Human Resources, Dalhat Hassan Dalhat

Engr. Abdullahi Isah Jankara informed the Emir in details about the entire exercise and its importance to both the economy of Niger State and Nigeria. Furthermore, the Opscon said people of the Emirate should not panic if the see an aircraft flying at lower altitude because the survey would be carried out using aircraft equipped with modern technology which would fly at lower altitude to determine the quantity of hydrocarbon in the Bida Basin

This national assignment was kick started by the Director Department of Petroleum Resources, Alhaji Ahmed Rufai Shakur with a courtesy visit to the Executive Governor of Niger State Alhaji Abubakar Sani Bello and Etsu NUPE Alhaji Yahaya Abubakar on Tuesday 05.11.2019

The Emir of Minna, Alhaji (Dr.) Umaru Faruk Bahago expressed his happiness about this gigantic development. He assured the Department of Petroleum Resources, Minna Field Office, under the leadership of Engr. A.J. Isah of his total support and commitment to the success of the entire exercise. In our presence, the Emir instructed his District Heads and Village Heads to rigorously informed their subjects about this economic exercise 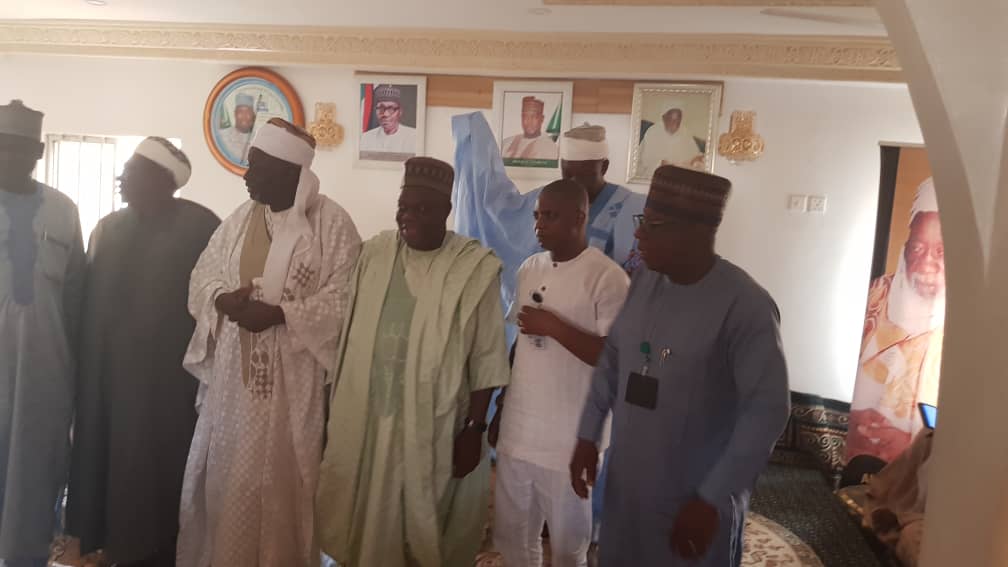 Indeed, the visit was warm, colourful, educative, analytical and insightful

At the palace of the Emir of Kagara, Alhaji Salihu Tanko, the Opscon and his entourage were received by the Galadiman Kagara in the absence of the Emir who had gone to hospital for medical check up

The Opscon wished the Emir quick recovery. He also narrated the essence of our visit and the need for Kagara Emirate to take this vital information down the ladder. Information is power and accurate information dissemination is cardinal to the Department of Petroleum Resources (DPR) to enable a successful Bida Basin Radiometric survey exercise

In his response, the Galadiman Kagara welcomed the good news of hydrocarbon exploration in Niger State and prayed the state would soon join the league of oil producing states in the country

The Galadiman Kagara also informed the Opscon and his team of a particular borehole water which has become not drinkable as a result of suspected oil particles and odour.

The Operations Controller, DPR Minna Field Office suggested we be taken to the borehole so that sample can be collected and taken to lab for investigation and analysis. Subsequently, we visited the borehole and sample water was taken

The Opscon and his team left Karaga at exactly 1500hrs full of energy, hope and assurances for robust information dissemination through the District and Village Heads of the Kagara Emirate to their subjects. 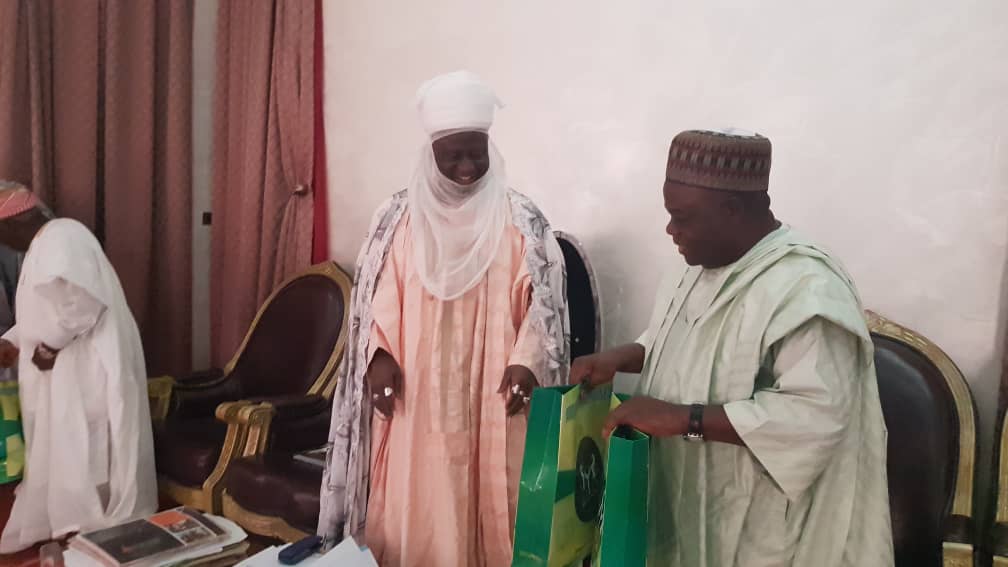 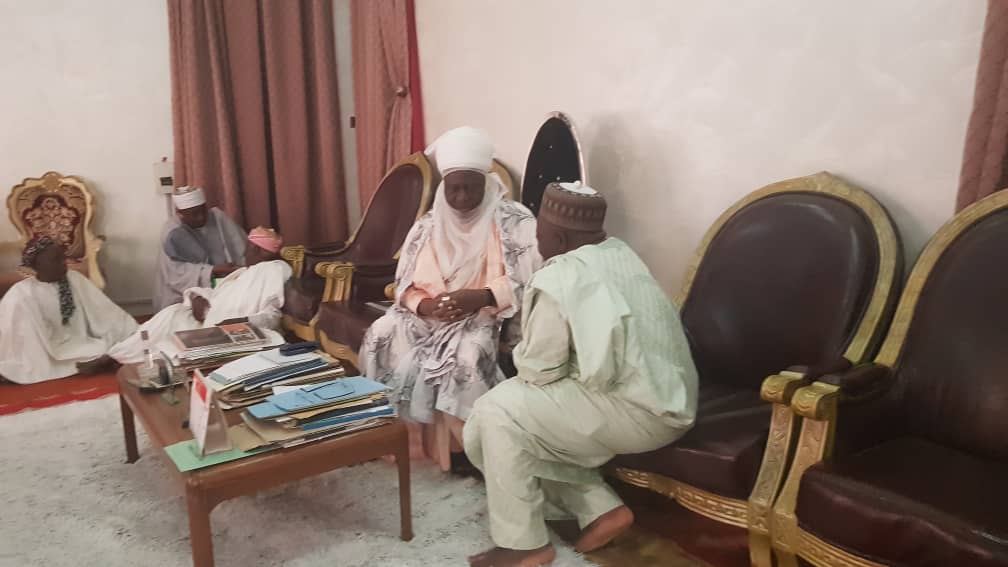 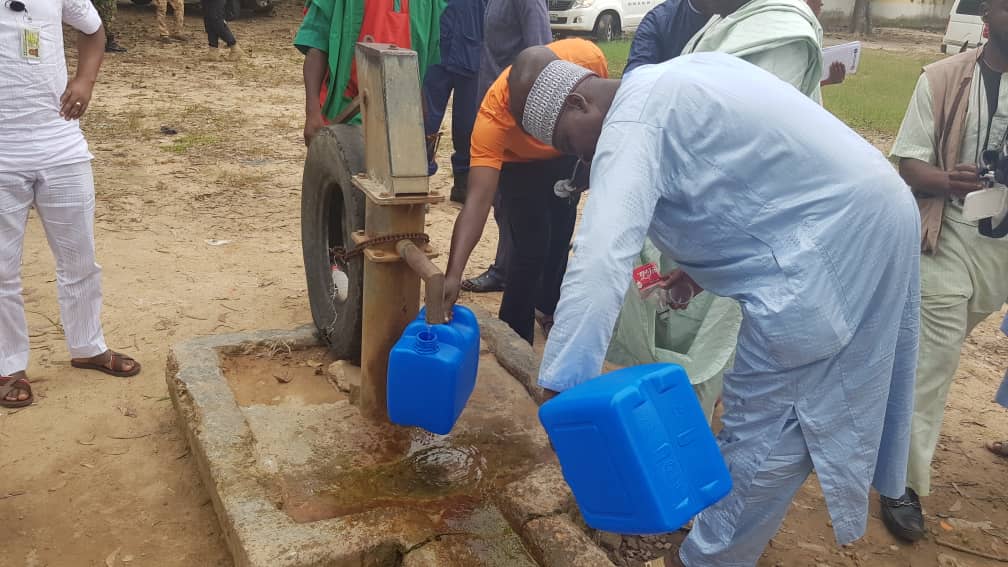 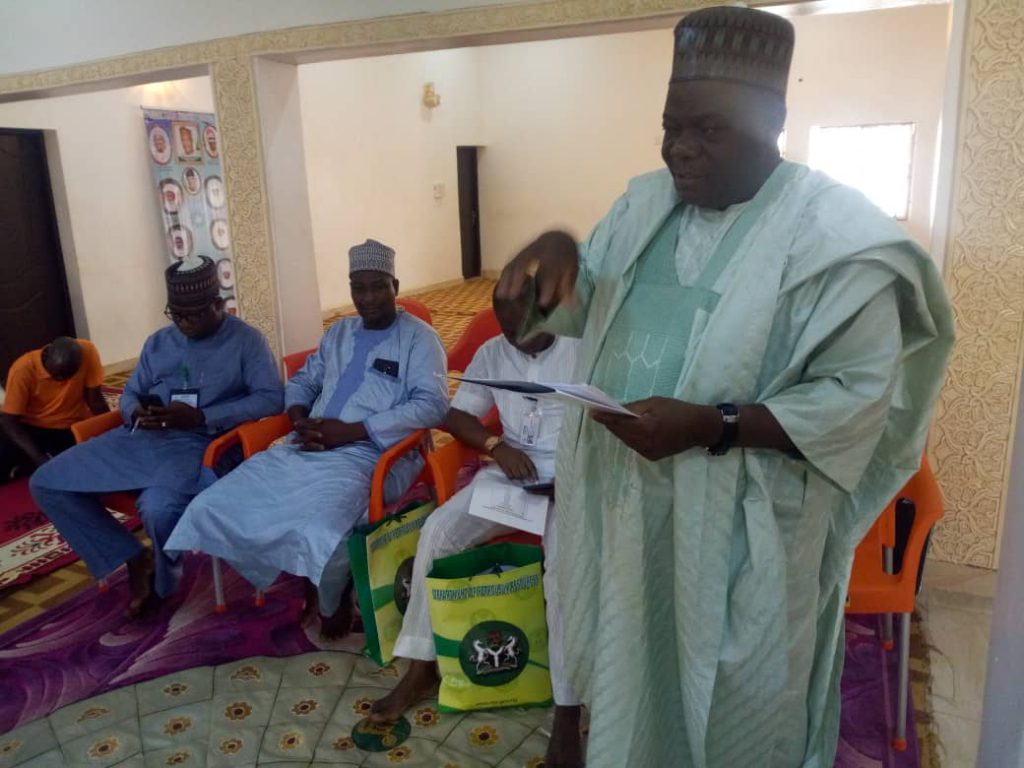 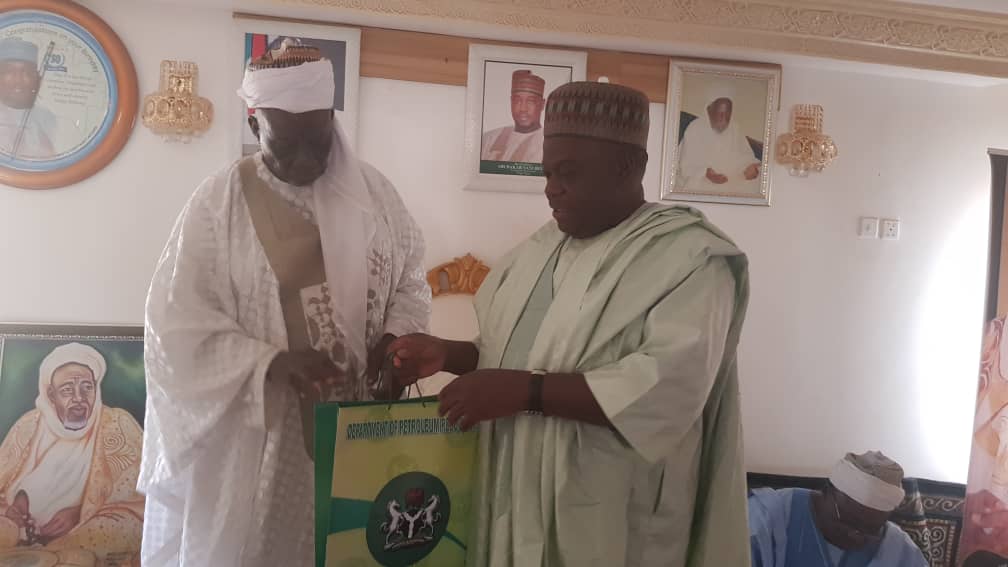