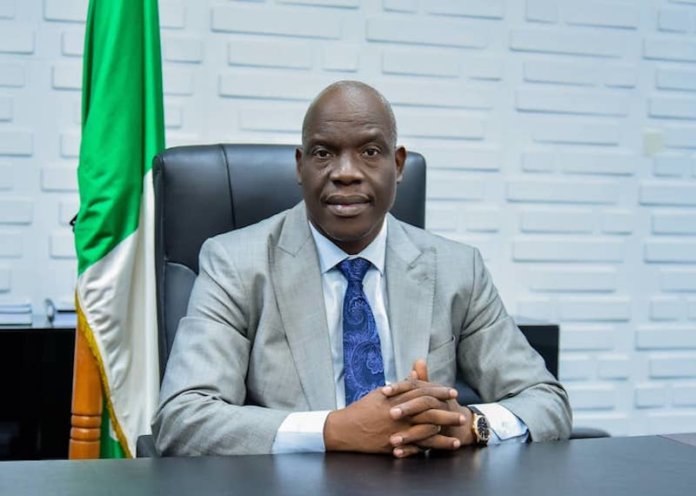 Peter Uzoho writes on how the Nigerian Upstream Petroleum Regulatory Commission is methodically addressing bottlenecks around the 2020 marginal fields bid round in order to bring the process to a closure. This is expected to translate to oil production optimisation and strengthening of local capacity.

One of the major responsibilities inherited by the Nigerian Upstream Petroleum Regulatory Commission (NUPRC) upon its creation and inauguration last year was the conclusion of the 2020 marginal fields bid round.

The defunct Department of Petroleum Resources (DPR) which transmuted into the current NUPRC in line with the provisions of the Petroleum Industry Act (PIA), had conducted the 2020 marginal fields bid round, the first since the 2003/2004 exercise, when 24 assets were put on offer.

Marginal fields are smaller oil blocks developed by indigenous companies, which have remained unproduced for a period of over 10 years.

Prior to the enactment of PIA, fields were classified as marginal when they were not considered by licence holders for immediate development due to assumed marginal economics under prevailing conditions or left unattended for more than 10 years.

They also included assets that leaseholders considered for farm-out due to portfolio rationalisation or those, which the president may, from time to time, identify as such.

The marginal field was initiated in the 90s as a federal government programme intended to offer Nigerian indigenous oil and gas companies the opportunity to play more active part in the exploration and production segment of the petroleum sector by owning and operating oil blocks.

The latest bid round began in June, 2020, and in May, 2021, 161 indigenous companies were shortlisted as successful bidders for the 57 marginal oilfields spanning land, swamp and offshore, put up for lease by the government.

The defunct DPR had progressed further by presenting letter of award to the successful bided companies at the award ceremony held in Abuja, later last year.

But upon the scrapping of the DPR and replacing it with the NUPRC, the task of continuing and closing out the award process fell on the commission.

Upon his appointment and inauguration as the pioneer chief executive officer of NUPRC, Mr. Gbenga Komolafe, recognised the issues around the marginal fields award as one of the major tasks before him and his team.

With his decades of experience and knowledge of the workings of the petroleum sector, coupled with the urgent need to raise Nigeria’s oil production and ultimately impact the economy, Komolafe began approaching the marginal field issues with much priority.

In all of his engagements with the awardees, the NUPRC chief executive would explain that the marginal field programme was critical to government’s plan of building local capacity among the indigenous companies and boost their contribution to the country through enhanced participation in the industry.

More so, he would explain that allowing local firms to take more active part in the exploration and production activities through the marginal fields would help a great deal in helping the country to shore up production and get more value during oil price rise.

Komolafe is absolutely right. More than any time ever, Nigeria is currently in serious need to increase its oil production volumes from the current low of 1.4 million barrels per day.

Nigeria’s current production quota by the Organisation of Petroleum Exporting (OPEC) is 1.6 million barrels per day but the country is producing average of 1.4mbpd.

The volume is also below the 1.88mbpd estimated in the 2022 national budget.

According to the industry data, average Organisation of Petroleum Exporting Countries (OPEC) quota for Nigeria in 2021 was 1.574 million barrels, while performance with OPEC production quota was 83.83 per cent.

Average oil price for Bonny, Brass and Forcados was $70.53, according to the document.

The federal government has set its sight on raising daily oil production to 3 million or even 4 million barrels and increasing the reserve to 40 billion barrels.

The urgency around this aspiration has been further hightened by the rising oil prices, as last week saw Brent Crude, the global oil price benchmark, hitting $105 per barrel.

Indeed, Nigeria really needs to maximise the benefit of this price rally by producing more and exporting more oil to boost the country’s foreign exchange earnings from crude.

But the country is hamstrung by the fact that its production volume is too low, and so, the price hike makes no little or no sense to the country.

Making the matter worse is the elephant in the room -subsidy paid on imported petrol to keep the price of petrol consumed by Nigerians, and shockingly, by the neighbouring African countries at just N165 per litre.

This alone wipes off all the gains that should ordinarily accrue to Nigeria in times of high oil prices as being witnessed now.

The Minister of State for Petroleum, Chief Timipre Sylva, had described Nigeria’s production as “sub-optimal”, insisting that oil prices rising above $80 per barrel was not good for the country.

Sylva, like the Group Managing Director of the Nigerian National Petroleum Company (NNPC) Limited, Mallam Mele Kyari, believes that the rise in oil prices at a galloping rate portends danger for Nigeria as it would jack subsidy bills up.

To this end, saving the country from the above precarious situation partly lies on the door step of NUPRC, which has to galvanise the operators to achieve production increase and bring more revenue to the government through increased investment.

And part of the ways the commission can help the government is by ensuring that the marginal fields award process is closed out so that awardees can speedily get down to work, develop the oilfields, produce and boost the nation’s oil production and revenue.

This, the commission has been methodically doing since its inauguration, as the CEO has been engaging the awardees to find ways to resolve the bottlenecks around the process.

As part of strategies to ensure speedy closure of the programme, the commission recently invited reserve bidders for the marginal fields after some of the initial bid winners were unable to pay up their signature bonuses within the stipulated time.

The commission had in a public notice signed by Komolafe, indicated that a number of the winners of the assets could not pay the fee, prompting the regulator to rework the process.

The commission stated that all offers made to the initial bid winners had lapsed, adding that by allowing interested reserve bidders to take part in the rest of the process, it would expand the participation of Nigerians.

“Notice is hereby given to the general public, and in particular, all recipients of the letter of notification of potential awardee status in the 2020 marginal field bid round that the 45 calendar days allowed for payment of the requisite signature bonus has since lapsed,” the notice stated.

Before the invitation for reserve bidders, the NURPC had disclosed that the bid round concluded in 2021 had so far yielded about N174.944 billion, with owners of 30 fields having partially paid and two fields stalled by court cases.

The commission further stated that 20 companies which won the bids had partially paid up, from among those who won the 57 oilfields.

Also, on January 27, NUPRC hosted all the eligible awardees who had fully or partly complied with signature bonus payment in the 2020 marginal field programme.

The objective of the engagement held in Abuja, was to state the policy position of the commission for the marginal field bid round.

Komolafe explained that the engagement was to enhance the progress of the exercise in line with the programme guidelines and in compliance with the PIA 2021.

“The forum will also appraise, distil and clarify issues associated with the MFBR and provide relevant updates on status to all stakeholders in line with the transparency policy of government.

“All eligible awardees and relevant International Oil Companies (IOCs) who are associated with the MFBR as farmors are expected to attend the meeting,” he had stated.

One of the policy decisions of the regulator from the stakeholders meeting, was the move to resolve all outstanding issues delaying the conclusion of the 2020 marginal oilfields bid process.

Some of the top challenges highlighted by the stakeholders as hindering the awardees from settling down to finding first oil was the differences among members of the Special Purpose Vehicles (SPVs) set up by the commission to realise the objectives of the programme.

These hindered the progress of the initiative, which saw the award of 57 marginal fields to 161 Nigerian entities, from which about N175 billion had been raised by the federal government so far.

Komolafe reiterated that the engagement with the marginal field awardees and leaseholders was for NUPRC to state the policy position on the 2020 Marginal Fields Bid Round (MFBR).

He stated that this would enable successful awardees progress to field development phase in line with the PIA.

He added that the marginal field initiative was conceived to entrench the indigenisation policy of the government in the upstream sector of the oil and gas industry.

According to him, the objective is to promote indigenous participation, increase oil and gas reserves, as well as production, encourage capital inflow, generate employment, and build local capacity in the sector.

Komolafe noted that relevant leaseholders had also been invited to the forum so that they could understand their roles and responsibilities as it affects the farm-out of the fields, which he said included facilitating the achievement of first oil in a collaborative manner.

In all, he reiterated that 57 fields were identified for the 2020 bid round exercise, and a total of 665 entities expressed interest, explaining that after extensive evaluation processes as laid down in the guidelines, 161 entities emerged as potential awardees.

Komolafe explained that signature bonuses for 119 awards were fully paid, nine awards were partly paid for, and 33 awards had yet to be paid for.

He said this situation had resulted in various challenges inhibiting the close-out of the exercise.

He told the awardees that “The marginal field guidelines provided for 45 days for the payment of signature bonus, which has since elapsed, and we have issued a public notice to that effect as well as notified the relevant potential awardees.

“It is pertinent to inform you that concerted efforts are being made to ensure that the 2020 MFBR exercise is completed within the shortest possible time.”

Komolafe stated that the NUPRC management on assumption of duty set up a committee to look into issues surrounding the bid round and come up with strategies to resolve them.

“And some of these issues include the formation of SPVs, equity participation, and part payments,” he stressed.

According to him, the committee has had engagements with some awardees and would continue such meetings with another set of awardees.

He said the commission through the Alternative Dispute Resolution Centre (ADRC) also offered an opportunity for co-awardees of marginal fields to resolve issues speedily and amicably.

Also in a presentation at the meeting, the Senior Technical Adviser to the NUPRC, Mr. Abel Nsa, stated that aside indigenous participation, other objectives of the programme included promoting use of shared facilities, increasing oil and gas reserves, building technical capacity, generating employment, encouraging capital inflow, and increased production.

In the latest bid round, it stated that 665 applications were received, 540 were pre-qualified, 546 went through data prying, 450 went through data leasing, 482 submitted bids, while 161 were potentially awarded the marginal fields.

“In all, 57 fields were awarded, 119 fully paid up, nine partially paid, 33 awardees failed to pay, while 247 had unsuccessful bids,” the organisation indicated.

On the way forward, NURPC stated that fields where none of the awardees had made signature bonuses had been terminated, affirming that engagement with awardees and discussion on areas of conflict remain open.

In addition, the commission stated that it would take necessary measures to assist the awardees to take over the assets for development and to accelerate first oil find as soon as possible.

The NURPC team further took time out to address the concerns raised by the awardees, bordering on governance and operational matters of the SPVs.