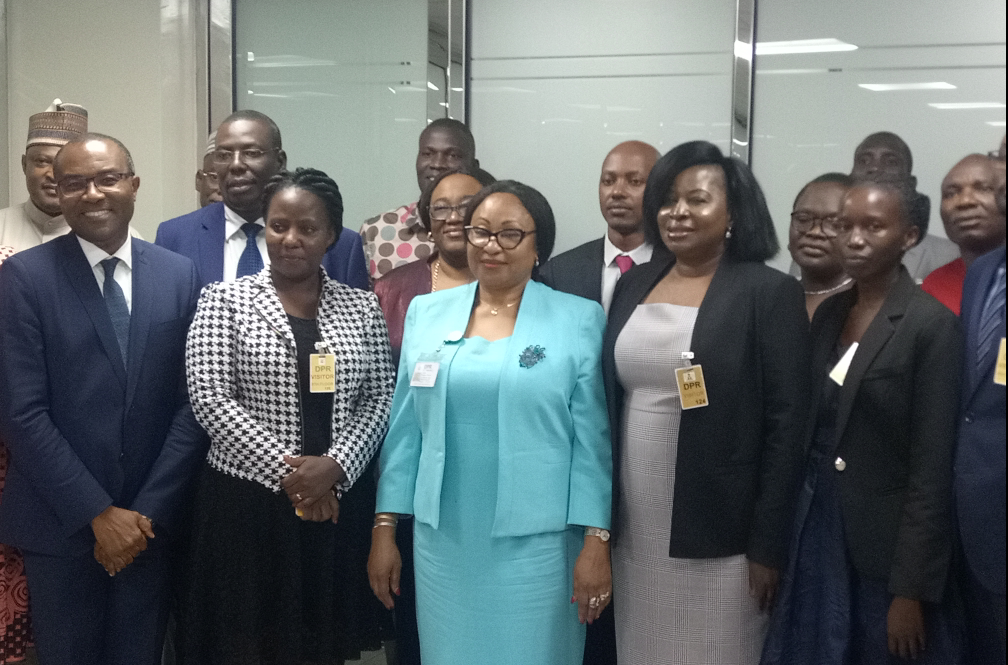 Namubiru said that the essence of the visit was to learn from Nigeria DPR’s operational activities in the oil and gas sector and imbibe some the working models adopted by the agency. She said the PAU officials were on a fact-finding mission on how best Uganda’s national petroleum could be optimised for the benefit of its incoming investment to Uganda as a result of construction of the oil facilities and development of the crude oil production. “We are truly inspired with the professional engagement of the agency in the Nigerian oil and gas industry.

The PAU manager said that the Uganda was going into development stage of production, saying that about 20 billion dollars investment had been in the oil and gas to help in the construction and development of the upstream and midstream projects. “The outlays for this year is part of the close to 20 billion dollars that the government expects over the next three years as joint venture oil company partner to step up activities to commercialised Uganda’s petroleum resources. “Uganda expects to reach fully-fledged oil production in the next five years following impressive oil exploration result in the Lake Albelt Valley. “Oil output is then expected to keep rising and reach full-scale in the next five years.

She said that the country was also targeting to invest in Greenfield refinery of 60,000 barrel per day production, adding that Uganda is also working towards construction of the crude export pipeline of about 45 kilometers. Namubiru said that Uganda had unveiled five oil blocs available for licensing bid round in Uganda’s Albertine Graben for further exploration which, she noted, was expected to increase the current oil stack of the country. Namubiru said that two oil licenses had be awarded to a Nigerian company, Oranto Energy and Australia company called Armor Energy. She said that through an investment of about 3.5 billion dollars, the company was able retaine about 900 million dollars in-country which represent about 28 per cent. “We maintained significant percentage of the money is retained in the country towards nationalisation.

In his remarks, Mr Mordecai Ladan, the Director of DPR, said that there was need for more collaboration between Nigeria and Uganda in the oil and gas development, partnering together to “Power Africa” from abundant oil and gas resource. Ladan, represented by Mr Ahmad Shakur, Deputy Director, Corporate Services, said Uganda could leverage on Nigeria’s experiences for capacity building and knowlege development in key aspects of the oil and gas industry. He said that technology transfer in key area across the oil and gas value chain was important, while investment opportunity across the value chain was also key.

Ladan said Nigeria’s abundant hydrocarbobon and human resources placed it at an advantage position in Africa to put its experience to bear in oil and gas. He, however, hailed th initiative of PAU in undertakeking a learning mission to Nigeria and pleged necessary regulatory support, adding that Nigeria was working through its challeges to transform the industry and economy and maintain its position as the giant of Africa. He said that Nigeria is working towards increasing its oil reseved to 40 billion barrels from its current 37 billion barrel, while targeting 2.8 billion barrel per day production capacity.

“Our vision is to ensure the sustainable development of Nigeria’s oil and gas resources across the value chain for our stakeholders through effective regulation, while entrenching world class professionalism, accountability, and transparency. “Government is also working hard to eliminate gas flaring in the country as it’s gradually reducing. “Close to 80 per cent of gas utilisation is domestic for power which we intend to increase,” he said.