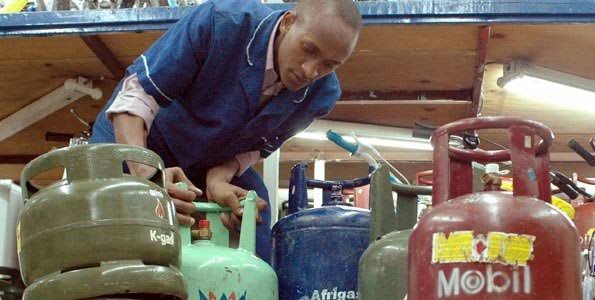 The Department of Petroleum Resources (DPR) has disclosed that it effected the shutdown of 85 Liquefied Petroleum Gas (LPG) plants in Lagos from January 2020 to October 2020, for engaging in illegal operations.

According to a report from News Agency of Nigeria (NAN), the disclosure was made by the Zonal Operations Controller Lagos, DPR, Mr Ayorinde Cardoso, while having a chat with newsmen during a public sensitization exercise organized by the agency on Wednesday, November 18, 2020, on safe usage of LPG.

This is coming at a time of several reported cases of explosions by gas plants during the year in Lagos State with several fatalities and destructions of properties. Some of them were said to have either been operating in residential areas or without approval.

The DPR top official who said the move is to reduce the frequent occurrence of gas explosion in the state, revealed that the LPG plants were shut down due to their inability to comply with international safety standards and also operating without approval or licence from the DPR.

Cardoso who reiterated that the clampdown on those illegal plants will be a continuous exercise said the agency will sensitize the public on the importance of safe usage and distribution of gas.

He said, ‘’We are doing this sensitization to tell the public that it is safe to use gas. It is an efficient and clean source of energy if used appropriately.’’

‘’We want to bring the gas sector to the citizens and deepen utilization of LPG for job creation and national development which is the aspiration of the Federal Government. We will be doing this exercise continuously in various parts of the state.’’

Although there have been several calls by the Federal Government and different stakeholders on gas plant operators to take necessary measures to ensure the safety of their operations, it, however, appears that these safety standards have not been observed by them. This has raised serious concerns amongst the general public and stakeholders.

The Lagos State Government in a recent announcement banned the location of gas plants in residential areas.