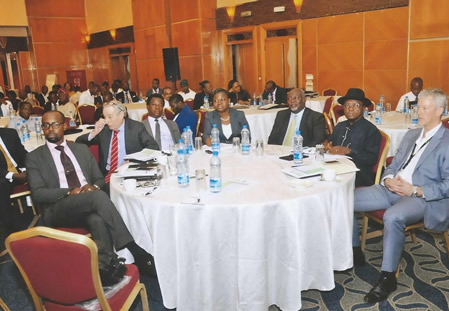 The Federal Government is set to introduce the Nigerian Gas Transportation Network Code which is critical to government’s objective in firming up the country’s domestic gas obligation as well as promoting export.

At a recent Stakeholders forum organized by the Department of Petroleum Resources at the Eko hotel in Lagos, the Director of Petroleum Resources, Mr. George Osahon who was represented by Engr. Antigha Ekaluo, Deputy Director and Head, Gas Monitoring & Regulations Division of the DPR, stated in a keynote address that the network code is a set of rules guiding the use of a gas transportation system. He explained that the aim of the workshop was to engage stakeholders and create awareness for the program as an imperative to a successful implementation of the Network code.

The code is designed to ensure that gas meant for domestic use either for power generation, petrochemicals or industrial uses, will have a single entry and exit point to cut short the sharp practices prevalent in the current supply and distribution system. The code will also provide a uniform platform in terms of guidelines for agreements between buyers and sellers; this will ensure transparency and eliminate existing bottlenecks.

Explaining further, Engr. Ekaluo stated that, part of the objectives of the code includes providing a level playing field for all stakeholders. Also to create a transparent system that will give an open access to any gas user or buyer desirous of access to Nigerian gas. It will enhance professionalism and specialization in the gas sector.

It is important to note that existing agreements in the sector are to be reviewed once the code is rolled out later this year and in accordance with the time frame set by the implementation Committee comprising DPR, NNPC corporate and the Nigeria Gas Company.

The projected spin-offs from a successful implementation of the network code include; on-grid power enhancement, improvement in off-grid power for industries and provision of feedstock for industrial use (such as the petrochemicals and fertilizer industries)