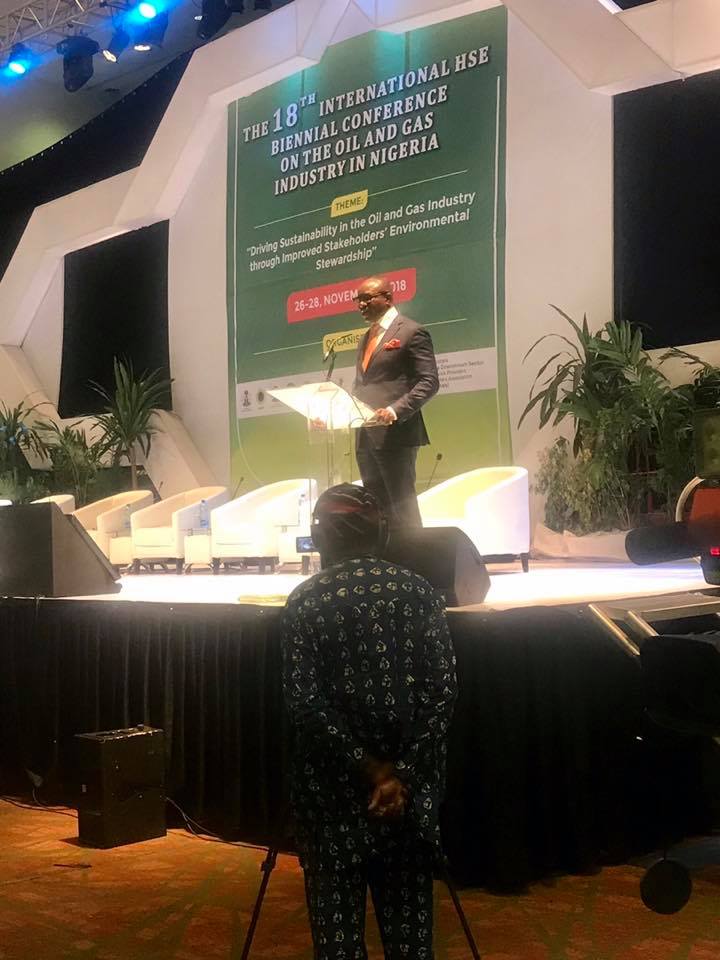 Kachikwu disclosed this at the 3-days Biennial International Conference for Health, Safety and Environment (HSE) organised by Department of Petroleum Resources (DPR)in Lagos on Monday. He told participants that “out of the 40 private licenses issued to private investors to build refineries, only 10 have showed signs of progression.

“Out of the 40 licenses issued, only 10 have shown progress by submitting their programmes and putting something on the ground. By end of 2019, we are assured that three private modular refineries would come on stream,’’ he said.

The minister said that the conference is a renowned and highly-professional forum for pooling ideas and research findings for the incubation of enduring and game-changing oil and gas policy initiatives.

“Perhaps this edition of the conference could not have come at a better time, first to allay the popular fear that the days of oil and gas as an international commodity and energy source are over. And secondly, to stimulate new ideas on sustainable ways of developing this resource in a manner that will both prolong its acceptability as an energy source and also help the nation reap optimal benefits,’’ he said.

Kachikwu said that environmental sustainability is a key component of the Seven Big Wins initiative of the President Muhammadu Buhari Administration for the oil and gas Industry.

He said that with the continuous inflow of statistics from the DPR highlighting the gory state of affairs on gas flaring and the failure of previous efforts to end the menace, the ministry had to come up with new initiatives to truly incentivize the flare-out policy by creating the new National Gas Policy.

He said that the policy is aimed at ensuring that all currently flared gas, including those previously considered as non-technically feasible and non-commercially viable, is gathered and utilised for various economic utilities that are financially rewarding to the producers. He added that the collectors and interested investors that then convert it for power generation, petrochemicals and other beneficial uses.

“Aggressive efforts are being made within the ambits of HSE sustainability to convert more gas to LNG through new and existing investors to retain Nigeria in its currently threatened fourth position as an LNG exporter. Our push for the increased investments in modular and conventional refineries is not only targeted at helping the nation benefit from its resources by providing products to the entire West African sub-region.

“But also essentially to stop the scourge of local unconventional artisanal refineries that have led to massive oil spills that have been hard to manage for nearly a whole decade. And, indeed, if anyone has new innovative ideas for improving the science of local refining initiatives, the DPR has been directed to listen to same, improve and license it, perhaps we may end up developing local technologies that can be exported, provided the HSE content meets acceptable international standard ,’’ he added.

Meanwhile, the Director of Department of Petroleum Resources (DPR), Mr. Modeccai Ladan, urged stakeholders to galvanize efforts at maximizing Nigeria’s production and minimize wastage. Ladan explained that the oil and gas industry seems to be under a new threat, which is the renewed dislike and global war against fossil fuels and the quest for renewable and cleaner energy, purely for environment considerations, chief among which is the concern about global warming.

According to him, “Over the years, the threat against fossil fuels had always been on paper, but today, it is more real than ever, based on some clear evidence I like to draw our attention to.

“Three among the biggest technology companies have made attempts at electric cars to replace gasoline and diesel engines. While the attempt of Apple may not have made it to production yet and that of Google was suspended after clearly successful street trials that of Tesla actually took the world by surprise. Not only did the first two releases of Tesla outsell sales forecasts, they were actually oversubscribed, and the demand keeps rising while new models are being added,’’ he said.

Ladan said; “As we speak, some of the big International Oil Companies (IOCs) here seated are funding gigantic researches into alternative fuels, which include the use of cheap, common algae.

“ As sweet as Nigeria’s crudes are renowned to be globally, we have recently lost our most valued customers and our gas buyers are themselves now competing with us in the same market space as suppliers. All of these points to one fact, namely, if Nigeria is to continue to benefit from its vast petroleum resources, now than ever is the time to build sustainability into its prospecting, drilling, production, transportation and usage.

“As well as management of its wastes. And this task rests on the shoulders of not only the DPR but all stakeholders. Little wonder then that we have chosen a befitting theme for this current edition of the conference, which is: “Driving Sustainability in the Oil and Gas Industry through Improved Stakeholders’ Environmental Stewardship.” he added.
Source: starconnect Media