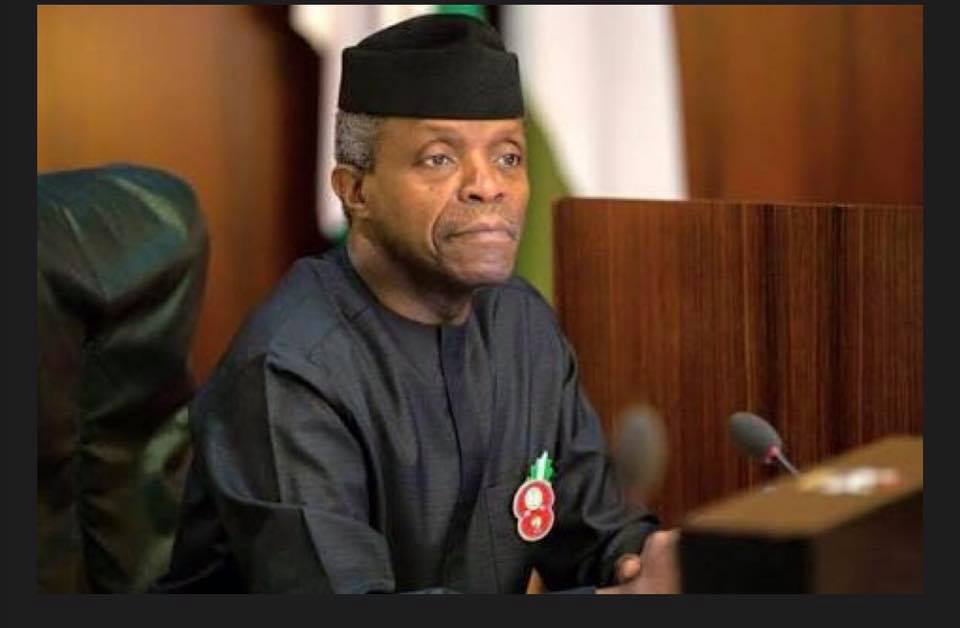 Vice President Yemi Osinbajo has stated that the federal government is committed to the passage of the Petroleum Industry Governance Bill (PIGB) to enable Nigeria reap full benefits of the country’s petroleum resources.

This is even as the Senate President, Dr. Bukola Saraki, and the Speaker of the House of Representatives, Yakubu Dogara, reassured Nigerians that both chambers of the National Assembly were working hard to see the eventual passage of the lingering bill.

They all made the declarations on Monday in Lagos at the 18th International Health, Safety and Environment (HSE) biennial conference organised by the Department of Petroleum Resources (DPR) in conjunction with other agencies, with the theme: ‘Driving Sustainability in the Oil and Gas Industry through Improved Stakeholders Environmental Stewardship’.

Osinbajo, who was represented at the occasion by the Minister of State for Petroleum Resources, Dr. Ibe Kachukwu, said the discussion about the future of oil and gas in the country cannot be separated from the PIGB, stressing that the bill “represents most ambitious and comprehensive reforms in oil and gas in Nigeria.”

According to Osinbajo, “No discussion about the future of the oil and gas can be divorced from the Petroleum Industry Bill (PIB) which represents the most ambitious and comprehensive reform in decades of the oil and gas industry in Nigeria. While there have been varied reactions to the president’s recent decision to return the PIGB to the National Assembly for slight amendments, permit me to state unequivocally that this administration remains fully committed to the passage of the PIGB, and we are working closely with the National Assembly to ensure its timely passage.

“The reforms proposed in the PIGB reflect our collective desire to entrench transparency and sustainability of oil and gas operations in Nigeria to enable the country finally realise the full potential of it hydrocarbon resources.”

He said: “Resolving the security challenge in the Niger Delta region remains on the front burner for this administration as we seek to create a peaceful business climate that would attract investors and bring massive development to the oil producing communities.”

At the event, the vice-president also launched the three regulatory documents on guidelines to improve safety and environmental standards in the oil and gas industry.

Meanwhile, Saraki, who was represented at the event by the Chairman, Senate Committee on Petroleum, Downstream, Senator Omotayo Alasoadura, disclosed that recommendations of the Senate committee on the returned PIGB would be laid on the floor of the Senate this week.

“The good news is that the return of the bill is not the end of it. I will tell you here today that this week by the grace of God, the recommendations of the Senate committee on the bill will likely be taken on the floor of the Senate and all the areas that the president is feeling uncomfortable would have been addressed because we believe this bill and others to come are very important for the development of the petroleum industry.”

Also speaking, Dogara, who was equally represented by the Chairman of the House on Petroleum, Downstream, Hon. Victor Nwokolo, stated that both chambers of the national legislative house were working hard to ensure the passage of the PIGB.

He said: “It is a shame to all of us that the PIB has not yet been completed. The attempt by legislatures to take the initiative by passing the PIGB as a first step in the process has not received the kind of cooperation and urgency required. We are, however, working hard to present another version of the bill for presidential assent.”

He, however, described the conference as a strategic platform for developing practical action plan to tackle issues of safety and security in the oil and gas industry in Nigeria.