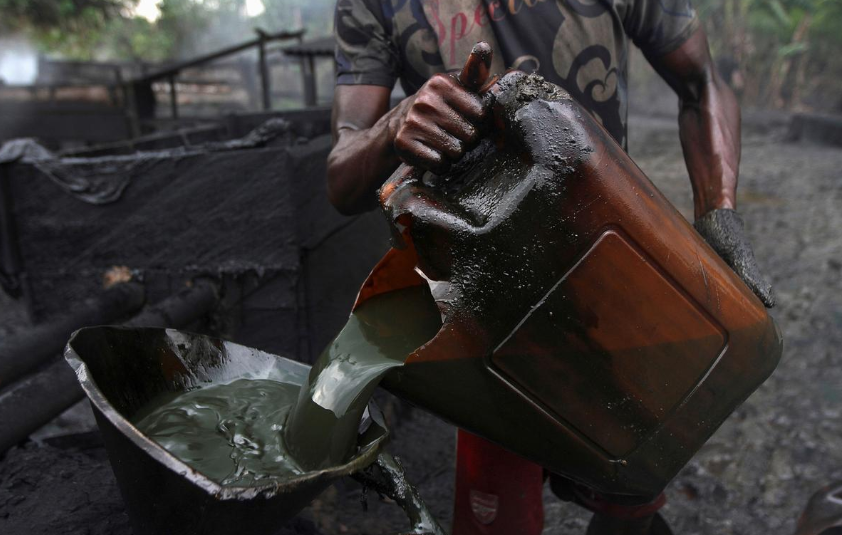 LONDON (Reuters) – From algorithms to track “dark” ships smuggling stolen crude oil to an online licensing system to undercut corruption, one Nigerian government agency hopes it can use new technology to tackle theft which has cost the country billions.

But the initiative by the Department of Petroleum Resources (DPR) may be too late to stem the migration of energy majors to the relative safety of drilling at sea, driven offshore by an illegal trade that Nigeria’s sprawling bureaucracy has for decades proved unable or unwilling to tackle.

Deep in the maze of creeks in the oil-rich Niger Delta region, thieves tap pipelines and siphon the crude via rubber hoses up to 2 kilometers long into barrels aboard small craft.

They then sail alongside larger vessels, allowing the contraband to be pumped ship-to-ship into oil tankers bound for export, usually to Asia — mixed imperceptibly in a ratio as small as 10 percent with the legitimate product.

Africa’s top oil exporter has turned to French data firm Kpler, just six years old and staffed by a hundred mostly young employees, to help it ferret out the smugglers from the thousands of ships plying Nigerian waters.

The DPR began its collaboration with Kpler in December and unveiled it this month, among other tech-focused plans to detect what it calls “rogue” or “dark” ships. Kpler and the DPR declined to specify the value of their contract.