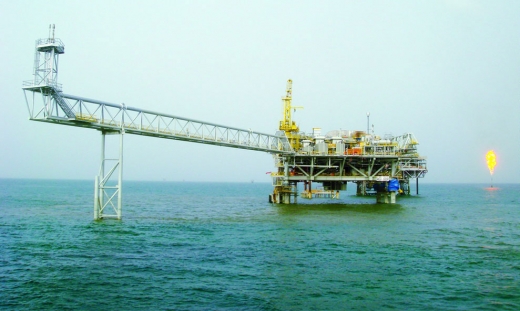 Nigeria’s  Department of Petroleum Resources (DPR) has assured  the country that it’s equal to the task in discharging its responsibility as the regulator of the oil and gas industry in spite of the calls in some quarters that the agency should streamline its operations.

A statement by Mr Paul Osu, the Head, Public Affairs of DPR reiterated that the agency remained a modern and competent grouping of professionals with rounded and complementary functions actively managing the dynamic and fast-paced oil and gas industry.

He said that this became necessary to better enlighten the stakeholders who were calling for streamlining of DPR’s functions.

The Executive Director of the Institute for Oil, Gas, Energy, Environment and Sustainable Development at the Afe Babalola University, Ado Ekiti, Prof. Damilola Olawuyi, on Dec. 3 said it was high time the Federal Government streamlined the functions of DPR

But the DPR statement said that the agency has been upright in implementing its obligations which conform to international best practices, while advising those calling for the streamlining of the agency to engage in issues based argument and stop engaging in campaign of calumny.

According to the statement, “government of Nigeria has not been defrauded of revenues because the DPR ensures payment by small, big and intermediate companies, both local and multinational.”

It said that Nigeria was able to meet its export quota to the extent that is humanly manageable despite the socioeconomic and security challenges facing the country.

The statement said that “no project in the industry comes on stream except after the DPR has ensured environmental due diligence, adding that most companies complain that the DPR Environmental Impact Assessment ( EIA) process is more stringent than what’s obtainable at the Federal Ministry of Environment.

“ That is a deliberate effort by the DPR because it has access to vital information that is not obtainable elsewhere in the entire country. Such information include details of the engineering designs of projects, which are all reviewed, approved and monitored by the DPR to the highest international standards.

No good EIA can be written without DPR and the operators know this. Conversely, there are stringent punitive measures for defaulters, which range from heavy fines to withdrawal of operating permits and licenses.”

The statement also said that through stringent and strategic operations monitoring and regulation, the DPR has been able to keep hazardous incidents very low while also not relenting on research into new frontiers such as a conscious effort to end the discharge of produced water into our near-shore waters, however harmless that may currently appear.

“The icing on the cake, however, is the fact that, the DPR consciously provides a level playing ground for our indigenous investors to compete with multinationals.

“ We also continue to consciously tolerate our local environmental consultants while continuously building their currently low capacity. While our research institutions have the human capacity and mind for research, they are poorly equipped and out of touch with the oilfield realities.

“ This is the gap we are trying to bridge while they on the other hand are being wrongly used for cheap lobby by the so-called civil society organisations and their sponsors,’’ the statement added.

Stakeholders in the oil and gas sector had called on government to streamline the roles of the DPR in order to make the agency more effective and efficient in the discharge of its functions.

According to them, the issuance of licences for the drilling of crude and the policing of the oil and gas sector, as currently handled by the DPR, were not in line with international best practices.