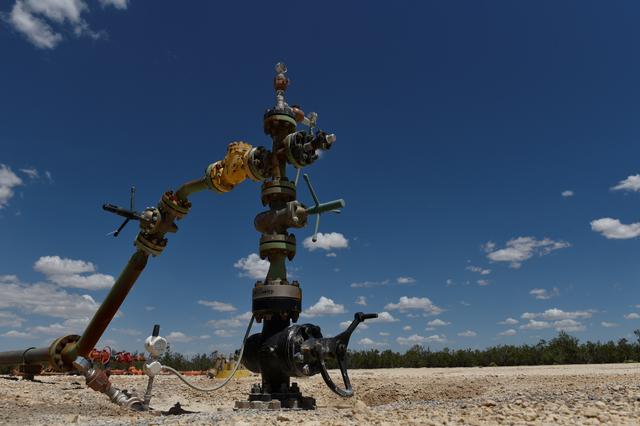 The real owners of oil assets and firms in Nigeria will, for the first time in 61 years of oil production in the country, be unearthed.

The framework for the disclosure and publication of owners of companies in Nigeria’s oil and gas industry, the Department of Petroleum Resources (DPR) said at the weekend, had reached 80 per cent completion.

The framework is being handled by a joint committee of DPR and Extractive Industry Transparency International (EITI) and it is to be made public on January 1, 2020.

The oil sector regulator disclosed the level of work on the framework while playing host to Executive Secretary, Global Headquarters, Extractive Industry Transparency Initiative (EITI), Mark Robinson, who led top executive staff from the international body and the Nigeria Extractive Industry Transparency Initiative group on a visit to DPR headquarters in Lagos.

Acting Director, DPR, Mr. Ahmad Rufai Shakur, who was represented by Deputy Director, Head Health, Safety and Environment (HSE), Dr. Musa Zagi, maintained that the department, which, he said, had transparency as one of its core values, would continue to raise the bar for the benefit of Nigerians, who should be the real beneficiaries of revenue from oil resources.

The DPR legal adviser, who is the leader of the DPR team on the joint committee, stated that the committee was still working towards the January 1, 2020 target to deliver.

“The joint committee of DPR and NEITI, with their consultant, working on beneficial ownership register, has worked so hard on the target. It has developed a framework for the register itself.

“We have done a test-run and we are 80 per cent ready to get the register in place,” he said, adding, “it is going to be a very tasking work, because we shall keep updating as the farming-in and farming out continue.”

The leader of EITI’s delegation, Robinson, who stated that Nigeria came out well in the last transparency rating, tasked the DPR to do more in rooting its operations in transparency.

“Nigeria came out well in the last ranking by EITI 2018 but there are other priority areas the country need to work on,” he said.

This, he said, centred on tracking of sales and transportation of crude from Nigeria.

This will be a very good contribution to increase generation of more revenues for the country.

In two years time, according to Adio, all contracts signed between companies- domestic and international – and the Nigerian government should be made public.

“NEITI will be working closely with DPR and support efforts in those key areas, Adio said, noting, “the DPR has a role to play in promoting the accessibility of open data in the oil and gas industry.”

Reiterating that Nigeria is adjudged to have attained satisfactory progress in transparency, the NEITI boss maintained that his agency “could not have done it alone and a major contributor to this success and to the success of NEITI is DPR.”

He continued; “We must however ensure that we stay on that journey  and we keep raising the bar. I want to use this opportunity to say that we are together. There is no two sides, we only have one side, and that is the side of Nigeria.