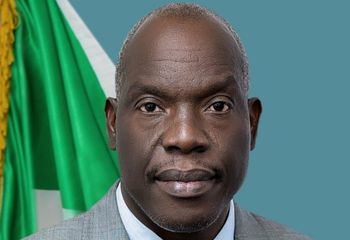 Emmanuel Addeh in Abuja and Peter Uzoho in Lagos

In continuation of his ongoing engagements with critical stakeholders in the Nigerian oil and gas industry, the Chief Executive Officer of the Nigerian Upstream Regulatory Commission (NURC), Mr. Gbenga Komolafe, yesterday met with oil majors operating in the country on the aegis of Oil Producers Trade Section (OPTS).

At the meeting held in Lagos at the commission’s oil and gas excellence centre, Komolafe, while responding to concerns raised by the operators, assured them that the commission would work towards removing all forms of bureaucracies that could escalate high cost of oil production in the country.

The OPTS had in the session, listed some of their concerns that needed to be looked into by the commission as security, lengthy contract cycle terms, administrative complexities, the timelines in certain areas in the PIA, and the uncertainty on some issues, like the Production Sharing Contracts (PSC) that are being renegotiated.

Komolafe said the overriding objective of the meeting was to enable him familiarise himself with the oil producers as critical stakeholders, adding that he wanted to hear their challenges while seeking their partnership in the implementation of the Petroleum Industry Act (PIA).

He said as a business enabler, the upstream commission would operate and regulate with best industry practices and would continue to remain very transparent.

According to him, “We will try as much as possible to remove all forms of bureaucracies that could escalate cost of production in the upstream.”

He told the international oil company (IOC) chief executives that the implementation of the PIA was very germane to President Muhammadu Buhari, saying the task before the commission was to see critical deliverables from the Act within 12 months.

He urged the OPTS to support the commission in ensuring that key upstream development projects were started.

Komolafe said, “As a matter of fact, the task for us is to see how, within the next six to 12 months, to begin to see critical deliverables from the Petroleum Industry Act -I mean, development of key upstream projects. And we really need your support as critical stakeholders in this respect.”

Noting that he was aware of the challenges facing them in the course of their activities in the upstream, Komolafe, who admitted that the industry, generally, was facing a critical period especially in this energy transition era, added that they were monitoring critically, the discussions in Glasgow, Scotland, on climate change.

He said, “We realise that the outcome is really posing challenges to which we need to address. We understand that at the moment, the upstream business is facing critical funding challenge, among other challenges that are very particular to our terrain.

“So, my overriding key objective here today like I said, is to first and foremost, familiarise myself with you, realising that for us to be efficient regulator, we really need to be able to identify with your activities and know your challenges. At least, with that, we will be able to regulate objectively.

“I’m using this opportunity to give credence to you as our critical operators. So, I want to solicit your cooperation and to assure you that we shall work as partners, we will work in synergy in a manner that we would be able to achieve the overall intendment of the Petroleum Industry Act, in a manner that would achieve optimal benefit to the Nigerian federation from our God-given hydrocarbon resources.”

The Head, Legal, NURC, Dr. Tolorunse Joseph, while reacting to the issues raised by the operators regarding compliance to the PIA transition timeline, said the regulator was working with the PIA implementation committee to ensure that the timelines were met and the transition taken place smoothly without any hiccup.

On the conversion of oil mining licenses (OML) to oil prospecting license (OPL), Joseph explained that the even though it was provided that that should happen with 18 months, the decision to convert remained the decision of the operator.

“Flexibility is provided under the law in which the decision to convert is left for the operator. It’s not a compulsion. So, the timeline, even though it’s stipulated to be within 18 months, it’s at the discretion of the operator.

On the issue around the ongoing renegotiated Production Sharing Contract (PSC) and how the PIA applies to it, Joseph explained, “You also raised the issue of Deep-water renegotiated PSC. I think the Deep-water Renegotiated PSC that have taken place before the Act was passed, also will continue under the old regime unless it is converted to the new regime as provided under the Act.

“So, the Renegotiated PSC is a contractual arrangement. Definitely, it’s going to be given effect within the law. It’s going to remain substantially the same, unless you convert it to the new law.”

Also, the Head, National Data Repository, NURC, Mr. Indabawa Bashari, responding to the issue about the compliance to the gas flare out deadline, said 2030 remained the compliance deadline as fixed by to United Nations.

He urged the operators to working towards complying before the 2030 deadline.

“One of the issues raised is on gas flare elimination. We still maintain the 2030 deadline set by the United Nations. So, we expect every company to work toward achieving that deadline. From now till 2030, we have nine years. You should work towards achieving flare out before the deadline”, Bashari said.

Speaking on behalf of OPTS, Kennedy listed some of their concerns that needed to be looked into by the commission as security, lengthy contract cycle terms, administrative complexities, the timelines in certain areas in the PIA, and the uncertainty on some issues, like the Production Sharing Contracts (PSCs) that are being renegotiated and how the PIA affects them.

He said OPTS had been looking deeply into the PIA and had identified a number of opportunities for collaboration and partnership with the commission.

He said, “One, is really on transition timeline, to be in compliance with the terms with the PIA. There is a number of compliance and mandatory items that the industry really has to get in place very quickly. And so, we look to collaborate with you and your team on those areas, hoping we can manage that effectively.

“A couple of examples in that area is incorporation of the Development Trust with the host communities, and it requires some alignment with multiple stakeholders. So, we have to manage that transition very effectively.”

Kennedy said the OPTS had gone through the PIA and identified potential ambiguities on areas where they were not quite clear on the intent of the law.

He said, “We have areas where regulations will get to be issued and potentially, this needs further guidelines. So, we stand ready to work with you and your team to provide inputs and supports as appropriate, in the development of new guidelines. An example is, the regulation on the decommissioning fund probably needs to prepared.

“There is a number of ongoing discussions on renegotiation of existing Production Sharing Contracts in the Deep-water between the operators and the Nigerian National Petroleum Corporation (NNPC). And the PIA has a provision to allow those ongoing negotiation to be completed within 12 months of the enactment of the Act.

“We have finished that work with the NNPC, but we have to come through the commission to let you know that we are still on that stage. We will be looking to work with you and your team to try to bring closure to those within the allotted time.

“The other things are things around relative security, lengthy contract cycle terms, general administrative complexities, the industry is currently burdened with a number of fees and levies, and through the PIA, we see the potential of additional levies will be applied to the industry. So, we will be happy to work with you and your team to perhaps, identify opportunities to manage and improve cost.”

He said energy transition offered the country an opportunity around developing the gas resources, adding however, that something has to be done around the fiscal environment to encourage investment in that area.

According to him, some of the regulations would need to be tailored towards further enabling development of dry gas and associated gas and in the area of supporting domestication of gas.

Kennedy earlier congratulated Komolafe for his appointment and inauguration, the launch of the commission represents a major milestone in the reform and operationalisation of Nigeria’s oil and gas industry, given the long journey to finally enact the Petroleum Industry Act.

“So, we are just happy to be here and part of this milestone in the industry -a really significant milestone for the country and federation of Nigeria. We would gladly engage with you and your team on discussions towards understanding the challenges that we all face.

“We look forward to a collaboration where we can work together, perhaps, on future regulations on how we manage the business effectively on behalf of the Government of Nigeria, the people of Nigeria and all relevant stakeholders”, he said.

Meanwhile, Komolafe has approved the immediate promotion of 195 members of staff of the new commission.
Speaking on the matter on Tuesday, the NUPRC boss noted that human capital remained a critical factor in the oil industry, declaring that the decision was part of the determination of the federal government to look after the welfare of the staff of the organisation.

“It is only when staff are happy that we can talk of improving our crude oil production quota, which is presently below what we should be producing.
“In that line, I have approved the promotion of 195 union staff that have been stagnated in the defunct Department of Petroleum Resources (DPR) to stave off industrial crisis.
“Any crisis can further harm the low daily oil production in Nigeria and worsen the nation’s federally generated oil revenue,” Komolafe argued.

The NUPRC boss said the decision to promote the staff followed his engagements and assurances to the agitated staff, adding that the measure would help boost staff morale.
He further promised to ensure that the staff are not short-changed in the unfolding transition and manpower reorganisations as the implementation of the Petroleum Industry Act (PIA) begins in earnest.

He noted that there remains a positive correlation between boosting the nation’s crude production for optimised federation revenue and elevated staff morale in the commission.
Komolafe who emphasised the critical nature of the oil and gas sector to the Nigerian economy, noted that with the call for divestments in the sector by key global stakeholders, it was best to maximise the benefits from fossil fuels to improve the welfare Nigerians and those who toil to get it out of the ground.

“So, what we have done is by extension to improve the nation’s revenue by increasing crude oil production from the current level of 1.4 mbbls/d to 2.4 mbbls/d,” he added.
He urged the staff to reciprocate the gesture with enhanced service delivery in their determination to leave a legacy as a 21st century regulator and business enabler.
Komolafe had last week during a podcast to staff across the country, promised to be fair to all and sundry, vowing to do all in his capacity to address issues of workers’ welfare and give priority to good industrial relations.

“Human capital capacity development will be stringently pursued to ensure high standard of professionalism at all times,” he had said.
The commission’s chief executive disclosed that the exercise was in recognition of the resilience and hard work put in by staff to meet the aspirations of government for the upstream sector of the Nigerian oil and gas industry.