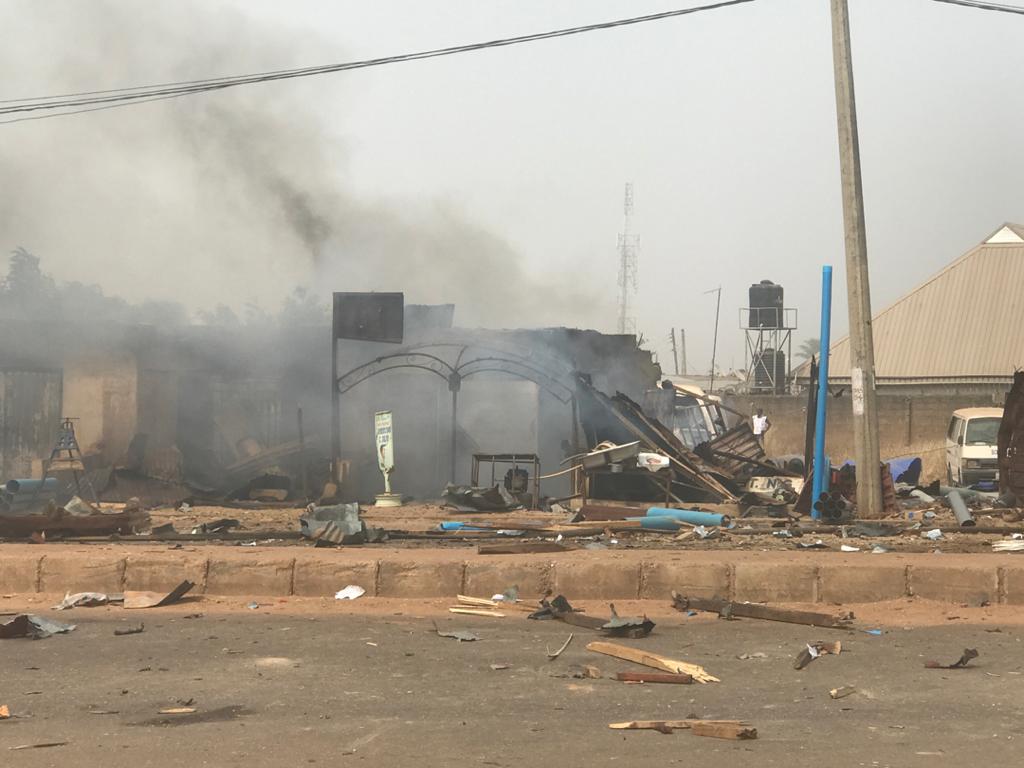 Following the recent gas explosion in Kaduna which left many dead and several others injured, the Niger State Operations office of the Department of Petroleum Resources( DPR) has sealed off no fewer than nine Gas  stations in Minna, the state capital.

The stations all in Minna, were sealed off during a surveillance exercise carried out by the department in Minna on Thursday.
Speaking to newsmen shortly after the exercise, the Operations Comptroller of DPR in the State, Engneer Abdullahi Issah Jankara, said they were embarking on the exercise in order to ensure that businesses related with gas were done in accordance with  the laid down rules and regulations in other to avoid the Kaduna experience in the state.

He disclosed that the gas stations sealed didn’t meet the requirements by the department to operate that kind of business, adding “that some of them were  located at wrong locations”.

He enumerated some of the offences of the sealed stations to include  “operating illegally without license, decounting from bigger cylinders  to smaller cylinders, lack of safety facilities and some of them kept water in shops instead of fire extinguishers”.

It was also observed during the exercise that a particular gas station was operating in a location less than 29metres away from a welding workshop, and the DRP described such practice as time bomb.

“If they can’t follow the rules they can’t continue the business. No decounting, it is dangerous. They should exchange cylinder for cylinder, as well as having functional fire fighter equipment should be provided and dite should not be at residential area,”he said.
Some of the station owners who felt bad about the situation said they pleaded that they should not stop the refilling from big cylinder to a smaller cylinder because they are doing it to help low income earners.

They however pleaded with the department for leniency and promised to meet with the standard expected of them.